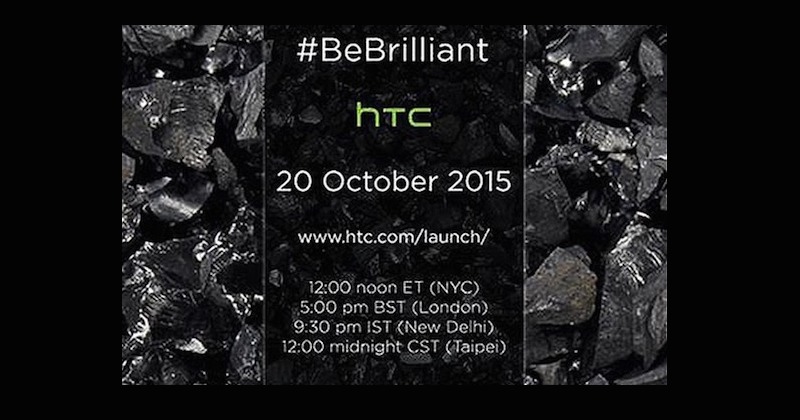 After Google, we’re expecting the ailing HTC to unveil new Android devices. It’s probably the reason why we saw an early list of HTC phones getting the new Android 6.0 Marshmallow because it will be headed by a new One or Hero phone. HTC just sent out invites to an event happening on October 20 where the new flagship device will be introduced.

That’s still three weeks from now so expect more leaks, rumors, and speculations to pop up from different sources. The new One will be the first Android 6.0-powered HTC phone to go public. It could either be the HTC O2 with Snapdragon 820 inside or the rumored and leaked HTC One A9.

Interestingly, the tech event will only be done online via livestreaming. No official link has been provided yet but HTC’s website advises that you check back on the said launch date.

We’re clueless about this new Marshmallow-running smartphone but we’re hoping the Taiwanese will once again strike gold with whatever it is launching because the company’s numbers haven’t been impressive lately. The HTC One M9 was okay but it’s just that–not bad and not very good, just okay. It wasn’t a big jump from the previous HTC One (M8) maybe that’s why not many people felt the need to upgrade.

Before we forget, the company is also releasing a new phone in Taiwan in the form of the ‘HTC One M9+ Supreme Camera Edition’. No need to describe this One because it simply and obviously comes with a “supreme camera”. More details are expected to be leaked or released soon so stay tuned.