HTC hasn’t confirmed yet if they will indeed be releasing the One A9, and yet some new images and specs of the rumored device have once again leaked. The new smartphone is expected to be announced at the HTC event on September 29, along with another new one, so we will be able to confirm in a few days if the leaks are reliable. Just yesterday, some blurry images of the supposed device were shown, and now, it’s time for a better view of the hopefully, upcoming smartphone.

The new image is pretty similar to the leaked renders from a few days ago, which leads credence to its “authenticity”. And it also shows off several specifications of the device in the front panel and it also confirms some of the earlier rumored specs. The image says that the HTC One A9 will have a 5-inch Full HD AMOLED display and will run on a Snapdragon 617 SoC, with eight Cortex-A53 cores with 1.5GHz per core. It also shows off that it will have an Adreno 405 graphics chip and [email protected] 933 MHz RAM. It will also have 2GB RAM, 16GB internal storage, and supports Qualcomm Quick Charge 3.0.

In terms of looks, it has the iPhone-feel that the earlier renders also showed, and the volume rocker and the power button are shown on the right-hand edge of the device. It also has slightly curved edges, although they aren’t as curved as the Samsung Galaxy S6 edge. 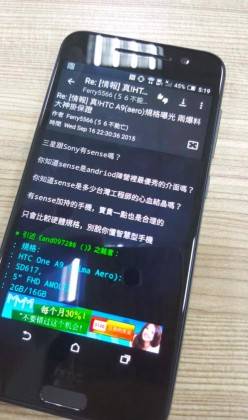 The September 29 unveiling of the new HTC devices also coincides with the Google event, so we might be seeing a showdown of smartphones between the two. Let’s see if the HTC One A9 will be one of those. 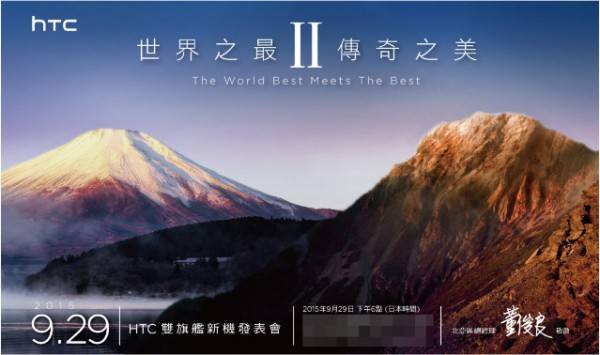