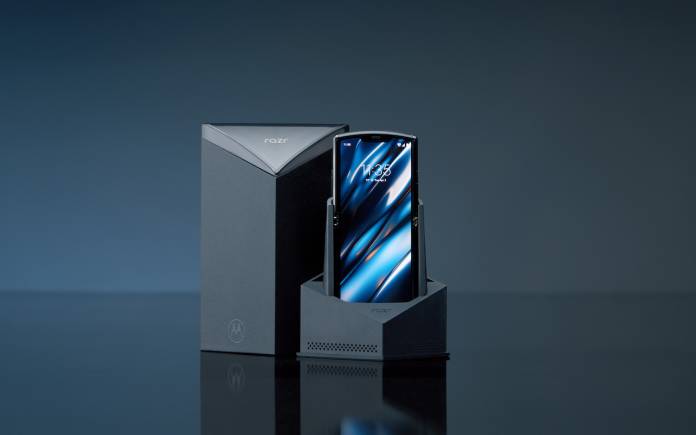 The Motorola RAZR needs a follow-up. The first-gen foldable phone from Motorola is good enough but it needs a lot of improvement. It is only the first from Motorola with a foldable display anyway so it’s understandable if it still has a number of bugs and issues. It’s the same with the Samsung Galaxy Z Flip, it’s not perfect but we’re anticipating the next models will be better. Motorola RAZR 2 specs and features surfaced online over a week ago and we can expect more related information will leak even if it’s months away from the official launch.

Display Supply Chain Consultants’s CEO and Founder Ross Young (@DSCCRoss) himself shared some information about the next foldable phone from Motorola. Young tweeted recently and said the “Motorola Razr 2 screen size will increase to the same size as the Galaxy Z Flip, 6.7”. The front display will also increase in size”.

From the 6.2-inch-screen of the original Motorola RAZR foldable phone, the Moto RAZR 2 may have a bigger display at 6.7-inches. That makes it about the same size as the Galaxy Z Flip. The front screen is also said to be larger than what is found in the previous model.

The first-gen Motorola RAZR foldable smartphone was introduced in November last year. It was made officially official. It arrived as an old icon that went more modern. We noted how it may have solved the foldable screen crease problem. But then it was delayed a bit. The phone did arrive and was shown off everywhere. We saw that early teardown video and that folding-unfolding test.

As for the Motorola RAZR 2, the details we know include the phone being codenamed as “Smith”. It’s also known as model XT2071-4. The foldable phone is said to run on Qualcomm Snapdragon 765 chipset (X52 modem) with 256GB built-in storage, 8GB of RAM, and a 2845mAh battery. The imaging department includes a 20MP selfie snapper plus a 48MP rear camera with an ISOCELL Bright GM1 sensor.

The Android 10 foldable phone will also include Flex View and Quick View display. The Ultra-Thin Glass is rumored to be implemented. The phone is also said to be revealed in China and North America with sub-6GHz 5G support.