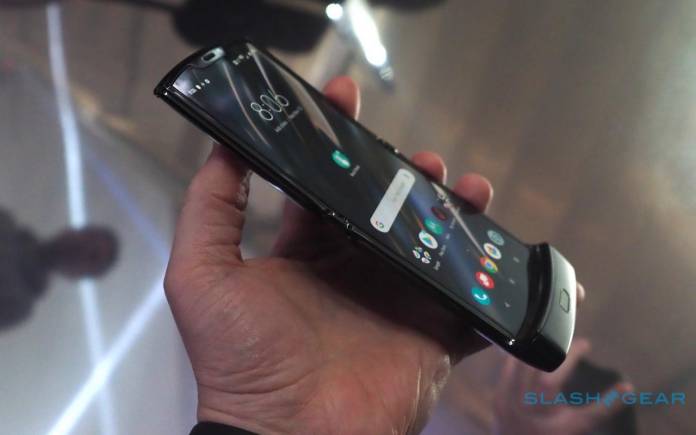 Motorola may be seen as a little late to the foldable phone party but it may be bringing more than just a new way to fold a phone. While some will debate whether the clamshell-style of the upcoming new Motorola Razr does offer a more practical approach to the new design, Motorola may be solving some of the industry’s most pressing problems for that still niche market. That may, in fact, include the crease that happens as a by-product of the flexible screens.

In order for displays to bend and fold, manufacturers had to forego the conventional rigid glass used on most smartphones. In a way, foldable screens step back to the time when plastic was used a the protective material placed on top of display panels. Plastic, however, has a tendency not only to scratch but also to form creases when folded repeated in the exact same location, as evidenced by creases in the middle of the Galaxy Fold and the Huawei Mate X.

Samsung’s solution may be to switch to a newer material called Ultra-Thin Glass or UTG. This brings back the same scratch-resistant material from phones but in a very thin layer that can still fold as needed. It might also be more expensive, which is not what the Razr 2019 is.

According to a Korean publication, Motorola uses the same Polyimide or PI film that Samsung’s foldable phone uses but isn’t subject to the same creasing issue. Part of Motorola’s solution is to pull the display at the corners, like stretching a piece of cloth to be taut and flat.

The Motorola Razr 2019’s solution may not be as simplistic as that but, if true, the company would be blazing the trail for others to follow. Keeping materials and solutions simple goes a lot towards keeping prices down, which helps make the new Razr the cheapest foldable phone in the market, though not really by a wide margin.