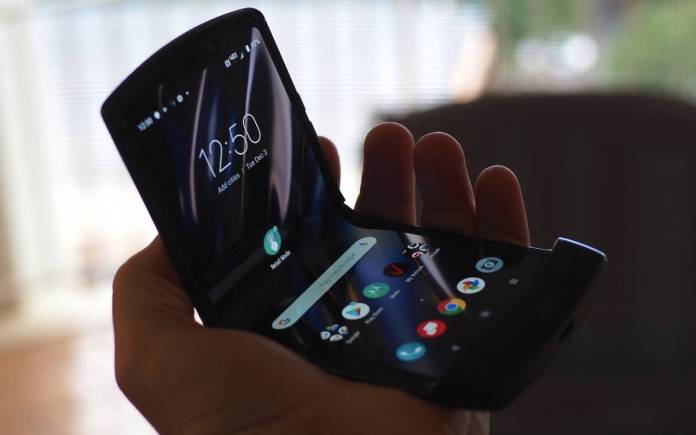 Another delayed foldable phone is being reported. Aside from the Samsung Galaxy Fold that is not out in the market and thriving and the Huawei Mate X which we have yet to see, the $1500 Motorola RAZR. The new-gen RAZR phone was rumored, speculated, leaked, and then officially announced over a month ago. It has arrived as an old icon getting a modern look and technology. We said Motorola Razr 2019 may have solved foldable screen crease problems and we really think it has the potential to beat other foldable phones already introduced in the market.

The flip smartphone bears a resemblance to the old icon–the original Moto RAZR flip phone. What’s different is the display technology and the insides. It’s a smartphone now running Android OS so you can do many things with it.

The phone is up for pre-order on December 26 but it looks like there will be some changes. According to Motorola, the new RAZR will be delayed a bit. No, there is no major hardware problem. It’s just that demand is so high for the phone that supply is now limited.

Motorola said, “Demand has been high, and as a result, has quickly outgrown supply predictions. Motorola has decided to adjust Razr’s presale and launch timing to better meet consumer demand.” We believe that but we want to know the numbers if pre-order has yet to begin. Pre-sale has been adjusted to expect the release to happen later than scheduled.

The company also said, “We are working to determine the appropriate quantity and schedule to ensure that more consumers have access to Razr at launch.” There is no information yet when the Motorola foldable phone will be available in the market but it won’t be long before the device is released.

The delay is really more of a supply problem. It should be easy to solve so at the moment, we think there is nothing to worry about–at least, not yet. The Motorola RAZR is coming—really soon.