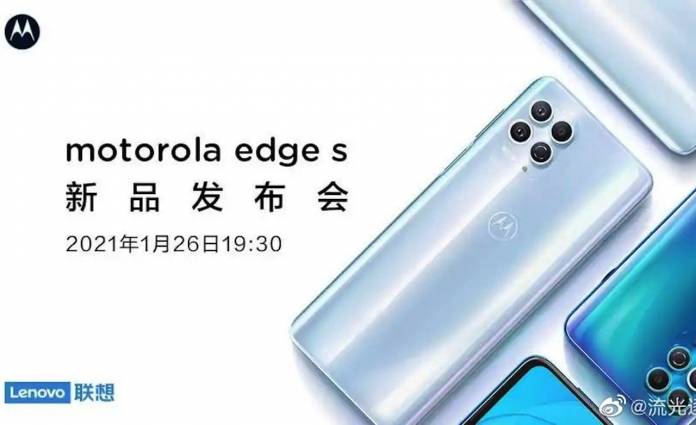 The white Motorola Edge S in the image is called the ‘Sky’. We also see the ‘Berly’ color edition which is basically blue. Other colors may also be available.

Let’s review the specs and what we know so far. The Motorola Edge S may come with a large 6.7-inches Full-HD+ display with 90Hz refresh rate (up to 105Hz peak refresh rate). There will be two selfie cameras: 16MP and 8MP. They will be placed under a pinhole.

Motorola isn’t adding a rear fingerprint sensor, just a side-mounted scanner. There won’t be an in-display fingerprint reader. The battery is 5000mAh with 20W fast charging.

RAM options could be 6GB, 8GB, or 12GB. Choose between the 128GB or 256GB onboard storage. This Motorola Edge S will already be powered by Android 11 OS.

Just a couple of weeks ago, Motorola announced four new budget-friendly Moto smartphones: the Motorola One 5G Ace, Moto G Play 2021, Moto G Power 2021, and the Moto G Stylus. The Motorola Edge S is expected to be a flagship smartphone but we believe it will still be affordable compared to other flagship devices.