The LG V phone usually comes a few months after the LG G is introduced. The G7 was finally announced and so we know LG is already working on the next-gen V. It’s supposed to be the V40 but looks like LG is making some changes by launching a V35 ThinQ. We’re assuming it’s an improved LG V30S which is the enhanced ThinQ version of the V30. Don’t be confused yet because an LG V40 is also in the works.

The Android 8.1 Oreo-powered phone features an 8MP selfie camera plus a dual 16MP rear camera system. No details on availability and pricing yet but we’re expecting more will be revealed soon.

We noted before the LG V35 ThinQ would be released with the G7 ThinQ but it wasn’t announced yet. We’re assuming it will be out this summer while the V40 will be revealed around August. 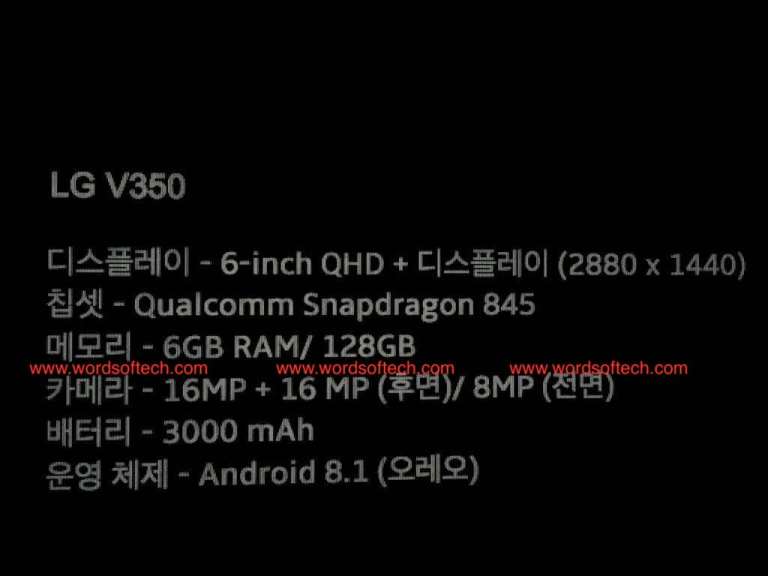 VIA: Words of Tech