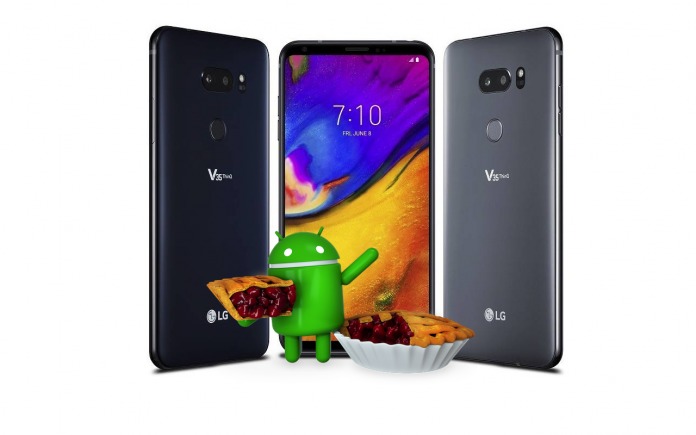 The LG V35 ThinQ isn’t really an old phone but some will say it is so last year. But you know in the mobile industry, a smartphone with premium specs isn’t always considered the best if the software or OS isn’t updated. For LG, it’s rolling out the sweet Android Pie dessert for the LG V35 ThinQ V350n soon as sighted on the Q2 2109 software schedule on the company’s official website. The South Korean tech company has made the Android Pie kernel Source available for everyone via the LG Open source site.

Make sure you install the LG Bridge first. You can use it to upgrade the smartphone to V10s. This will specifically upgrade your LG V35 LMV350N to V350N10S.

Note that LG hasn’t forgotten that LG V35 ThinQ. The phone model is still part of LG’s priority. The company still sells the phone even if the LG V40 ThinQ is available.

The LG V35 ThinQ is offered on Project Fi. It was made ready and available as an Amazon Prime exclusive at first.

If you may remember, the LG V35 made choice more difficult for the consumers together with the LG X5 and LG X2. It was okay but we still recommended the LG G7 ThinQ. The phone was released unlocked and we told you what we liked about it before the official launch.