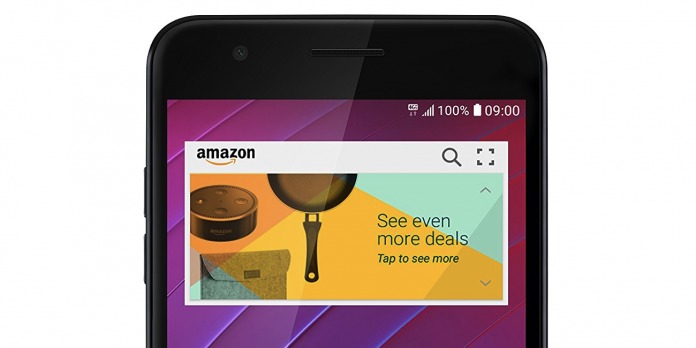 The LG K30 with 600MHz was expected to be unveiled by T-Mobile. The Un-Carrier did make an announcement a few days later and we were told to avail of the phone in full or installment for the 32GB variant. The storage capacity may be small but there’s always the microSD card slot. As a follow-up to the LG K20, this one also follows the LG K8/K9 which was recently unveiled in Russia. The mid-range smartphone is now listed on Amazon. What’s interesting is not the price but the smaller 16GB storage capacity.

The Unlocked LG K30 16GB model is a Prime Exclusive Phone offering. Original price listed is $179.99 but Amazon is selling it for $139.99 for the Prime members. For such price, you’ll get mid-range features plus a number of pre-installed Amazon apps such as Alexa, Amazon Shopping, and Amazon Widget. Once signed-in, Prime members can take advantage of daily deals, Prime Music, Prime Photos, Prime movies, and TV shows.

The Android 7.1 Nougat-powered smartphone comes equipped with a 5.3-inch HD display, 2GB RAM, 16GB onboard storage, microSD card slot for storage expansion, 1.4GHz quad-core Qualcomm Snapdragon 425 processor, and a 3000mAh non-removable battery. The phone can be secured with a fingerprint sensor for locking and unlocking. Taking snapshots and capturing videos can be easy with the 8MP rear cam with LED flash. The 5MP selfie camera also comes with an LED selfie light.

This is an unlocked model so it’s compatible with most carriers in the US like Verizon, T-Mobile, and AT&T. The Prime Exclusive program offers discounted pricing for members. The single sign-on experience makes getting new content easier and faster. You can take advantage of unlimited photo storage with Prime Photos. When you need anything, you can avail of the two-day shipping on Amazon.

Amazon Prime Exclusive Phone program is made even better because the annoying lockscreen offers and ads have been removed already. This move also lead Amazon to refund those who paid the ad removal fee earlier.

LG is one of the few brands being offered as part of the Prime Exclusive Phones list. The LG K30 joins the ranks of other LG phones including LG G6+, LG G6, LG Q6, and the LG X charge.