A few weeks after its official launch, the LG V30 has started to ship in South Korea. After rollout in its home country, we can expect the new LG V smartphone to be released in Europe, North America, and other regions as well. We’ve got our hands-on feature already but we’re still working on a more comprehensive analysis. Much has been said about this new handset and we know it will be the first to work on T-Mobile’s 600mHz LTE band 71 network.

The LG V30 boasts of a new UX, highlights of which we saw in a video preview. Its price is said to be lower to beat the Samsung Galaxy Note 8 and with its market release, we’ll finally get to know how it will perform. As one of the most awarded products at the recently concluded IFA 2017 in Berlin, this V30 is expected to rival the Galaxy Note 8 and the iPhone 8/iPhone X in the premium flagship category with its gorgeous 6-inch screen with 18:9 FullVision display and Snapdragon 835 processor.

In South Korea, the LG V30 is said to cost higher than in the US. 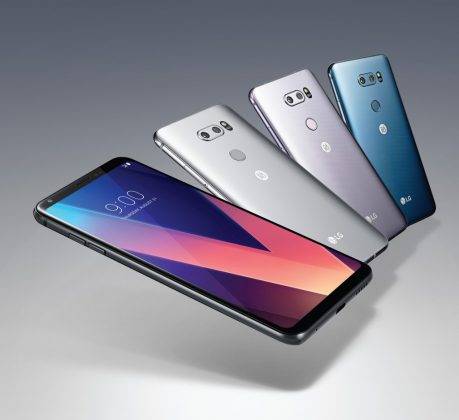