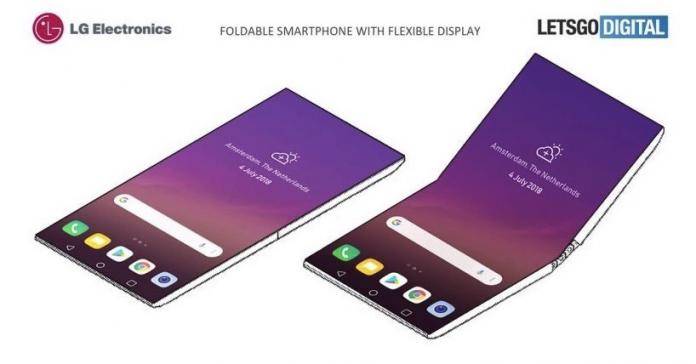 The next few months will be exciting as OEMs work harder and faster to release their own foldable phones. Samsung’s announcement of the Infinity Flex Display and a teaser of its Galaxy foldable phone is amping up the hype even more. It means the South Korean tech giant is almost ready with a phone equipped with a new and innovative technology. The Galaxy X foldable phone will also be followed by the Galaxy S10 variants, one of which will already support 5G.

Samsung is expected to compete with a lot of big names in the mobile industry. Huawei is a top competitor but it’s just one. There’s also LG that recently trademarked a number of foldable-flexible-related names.

Earlier this month, we mentioned LG may announce a foldable display smartphone ahead of Samsung. It’s a possibility since LG boasts a display arm. We weren’t sure then about the status of a flexible screen technology.

The other South Korean tech giant is said to have filed for three brands at the European Union Intellectual Property Office (EUIPO). LG applied for the following: Flex, Foldi, and Duplex. So there could be the LG Flex, LG Foldi, or LG Duplex. All three are under the Class 9 category so we know they are actually smartphones.

We don’t doubt there will be an LG foldable phone. As early as July, we already saw a related patent application. It’s only a matter of when and how it will be different from the Samsung Infinity Flex phone or whatever Huawei will be unveiling.

As for Huawei, the top Chinese OEM has also filed for similar tech. We see trademark applications that contain the following: Mate F, Mate Flex, Mate Flexi, and Mate Fold. Those are obvious references to a foldable or flexible display technology.

Huawei also applied for these trademarks at the EUIPO. The same application is now in the WIPO Global Brand Database. This means both Huawei and LG may be releasing their foldable phones in Europe apart from their native countries.

LG and Huawei filed the applications on the same day. We find it interesting but we know they’re not the only companies working on flexible displays and foldable phones.