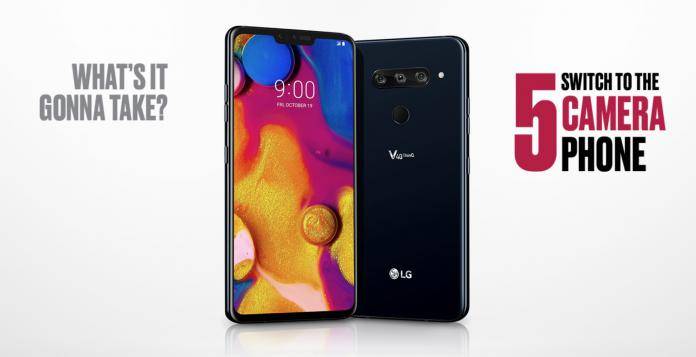 Much attention has been placed on Samsung and their quest to bring the first smartphone with foldable display in order to not just boost their sales but also once again be ahead of the pack when it comes to mobile innovation. Just this week they confirmed that they will be selling these foldable phones as well as 5G phones by next year. However, a reliable tipster has tweeted that another OEM, and a fellow Korean brand, might beat them to the punch: LG.

Evan Blass has had a lot of success when it comes to leaking information about various brands. And so when he tweets out that LG is planning to “unveil a foldable phone” during CES in 2019, then everyone (well, everyone who cares) pays attention. A previous rumor has said that at least three other non-Samsung companies are also planning to announce and/or release a foldable handset by January 2019 during the Consumer Electronics Show.

Blass, or @evleaks on Twitter, is the first to have named what is probably one of the companies. It’s not really a surprise that LG will be pursuing a foldable phone. It’s looking likely that foldable displays will be the next trend in smartphones and the Korean OEM still has some ambition when it comes to their mobile business. Their last released flagship device was just last month, the V40 ThinQ but several other flagships released later on has overshadowed the LG device which boasts of 5 cameras (three at the rear and a dual front-shooter).

LG also has a display arm and so they might also be looking at selling their flexible screen technology to other Android vendors that want to have their foldable phones too. There were rumors previously that LG and Apple were working on a secret display project for a possible foldable iPhone targeted to launch by 2020.

Blass did not give any other details about this supposed foldable phone from LG so we’ll have to wait until January 2019 to find out if there’s any truth to it. CES will be happening on January 8-11 in Las Vegas.

I can't speak for Samsung…

…but I do know that LG plans to unveil a foldable phone at its 2019 CES keynote.