This isn’t the first time we’re learning about this but LG is working on a foldable smartphone that will compete with the Samsung Galaxy X. The other South Korean tech giant wants to go head-to-head with its main rival in this category although it hasn’t really started yet. LG filed for patent application of a foldable device in 2016 which was also around the same time we first heard about Samsung’s plans. Back then, a patent application of foldable and transparent touchscreen was sighted.

LG was also reported to supply foldable displays for Apple, Google, and Microsoft but there’s no follow-up information yet. And then last year, LG filed for a foldable hybrid phone-tablet. We don’t doubt LG is working on one. It’s just a matter of time when the company will make an official announcement.

The latest patent images show the LG foldable is similar to the Samsung Galaxy X in some forms. We understand it can be a challenge to make things different. The question now is what device from what brand will be introduced in the market first. 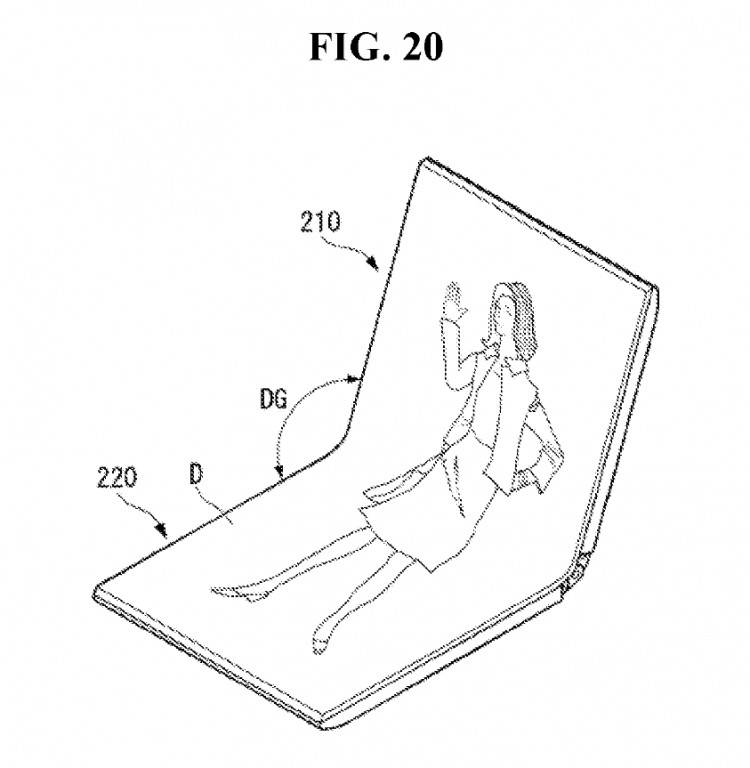 LG’s patent application was filed last year with the US Patent and Trademark Office (USPTO). It was listed as a “mobile terminal” and showed a phone with a flexible display. The phone appears to be folded inwards.

The device shows a couple of mics, dual antenna, and dual loudspeakers. The display seems to be bezel-less. We’re assuming by the time LG releases the foldable phone, the display technology has advanced further and the true bezel-less form is achieved.