Ready for an even “more real” look at the next-gen LG G6? We know it’s only a few days before its official launch but who doesn’t want an early peek? Many people in the Android community are very much interested with the G6 as a follow-up to Best Device of MWC 2016. That and the idea that it will be the new Star since Samsung isn’t making the Galaxy S8 official yet. LG is expected to rule the Mobile World Congress in Barcelona and this G6 is one of its biggest changes to have another bestseller in the mobile market.

The LG G5 wowed the audience last year but unfortunately, did not capture the mobile industry. Sales didn’t go through the roof but it did pave the way for the idea of modular phones to be accepted. The G6 will not be modular though. It’s been confirmed and we have a lot of deets about the smartphone.

We’ve seen numerous images as well including that hands on feature, press invite that teases a “Big screen that fits”, Full Vision display, and that set of leaked images online.

The latest image we’ve got shows the LG G6 beside the LG G5, thanks to some Chinese friends who shared the photo over on Weibo. The device on the left is a G5 while the white phone is the LG G6. The latter appears to be taller and wider, have a smaller bezel, have rounded corners, and a flat rear. Don’t expect any camera bump on the back because LG eliminated it already.

LG has finally decided to make this phone water- and dust-resistant so we know it’s ready for rough use unlike the G5 which needed some TLC especially since it’s a modular phone. We know the LG G6 is almost ready for commercial launch. Before this week is over, expect more details to be revealed. We’ve got our list of specs and we’re looking forward to checking it out after the MWC press event to at least cross-check. 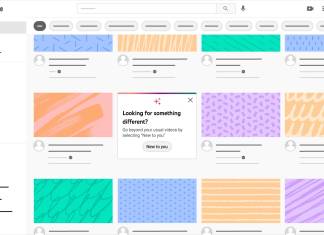