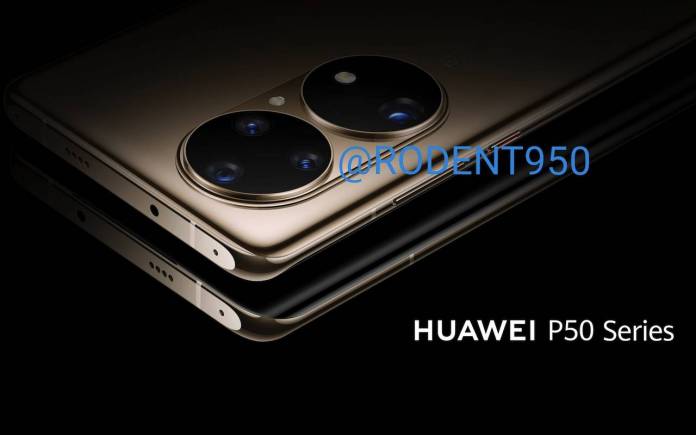 Huawei is still in the mobile business. It may have given up the Honor sub-brand but the Chinese OEM will continue to work on and introduce Huawei P series phones. Business may be suffering as it is not our of the Top 5 in global rankings but it promised last year the Huawei P50 would still be released. A rendered image surfaced on the web in the beginning of the year. More images were leaked before the official launch. Much has been said about the phone including the idea it would come with Android aside from Harmony OS.

The Huawei P50 series may also run on EMUI with Android 11 and not HarmonyOS but that remains to be unconfirmed. The phone may also feature the Sony IMX800 which is the first 1-inch mobile camera sensor.

A new set of Huawei P50 Pro rendered images showed massive cameras. More related renders are surfacing online and we can expect more will pop up. 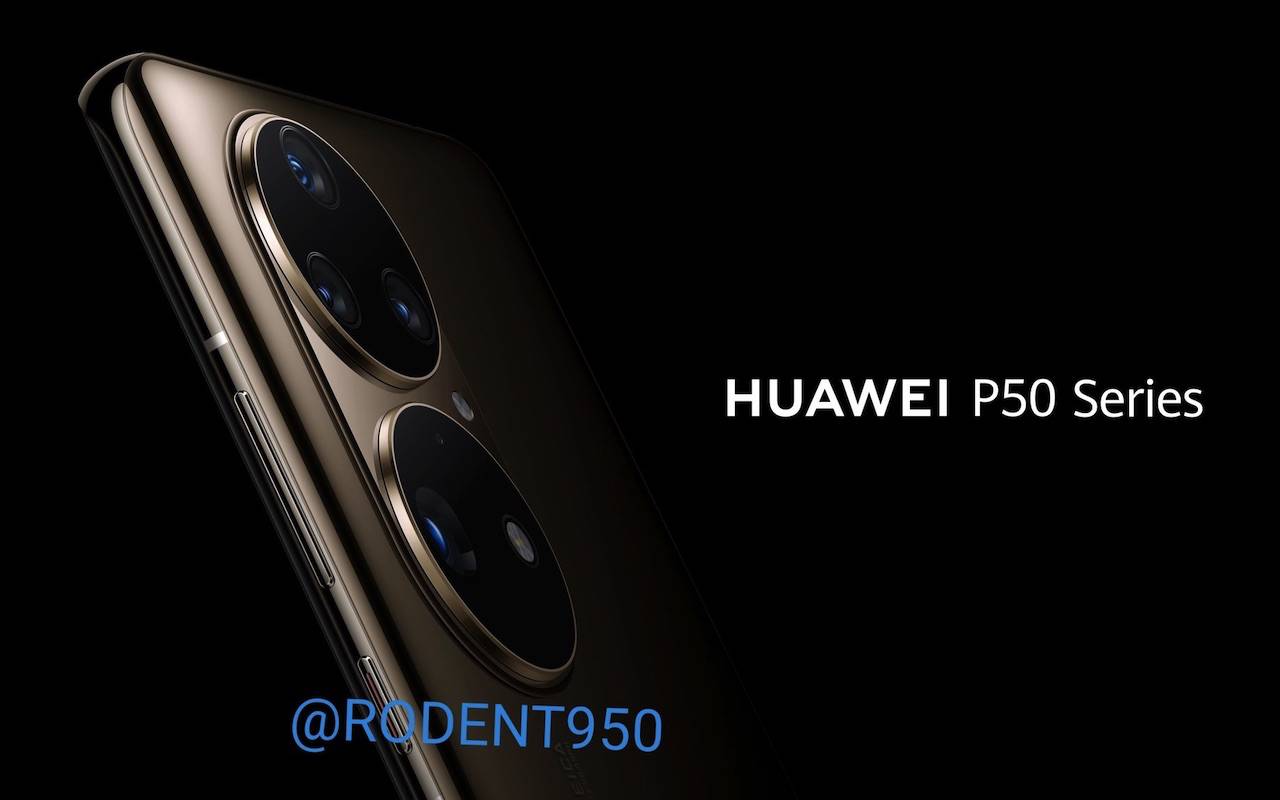 The images show a Huawei P50 series device set in gold. We see a unique camera module on the rear which is also very much different from the Huawei P40 Series’ rectangular design from last year.

We see multiple cameras (about four)–three on one circle and one with a flash on the other circle. There still appears to be a physical volume rocker and power button on the right edge. On the top edge, we see a few holes for the speaker system and maybe a 3.5mm headphone jack and a small hold for the SIM card tray where the ejector tool is inserted.