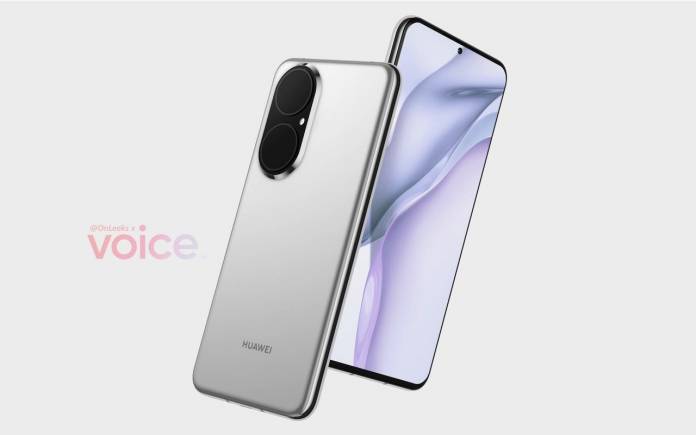 The Huawei P50 series is about to be unveiled. We’re anticipating the official launch in the next few weeks. Huawei is believed to be contemplating to sell off the Mate and P flagship series but we doubt it’s happening anytime soon. You see, Huawei’s situation is not about to change anytime. The Chinese OEM just needs to be smarter this time especially that it’s been edged out by OPPO in the Chinese market. It will reveal the Huawei P50 phones with HarmonyOS but others are saying and Android version may still be applied, not HarmonyOS.

It’s been said the Sony IMX800 first 1-inch mobile camera sensor will debut on Huawei P50. The Pro variant will even come with massive cameras.

Steve Hemmerstoffer has published a new set of images featuring the Huawei P50. The non-Pro variant will arrive with a metal frame, glass rear panel, and fewer curves. This device is less premium but Huawei won’t compromise the features.

The phone is said to measure 156.7 x 74 x 8.3mm. The rear camera bump will reach 10.6mm. The Huawei P50 looks more traditional compared to the Huawei P50 Pro and definitely, it will be less expensive.

Interestingly, the Huawei P50 will be bigger than the Huawei P40. It will feature a 6.3-inch flat display with a single punch hole selfie camera in the center.

The Huawei P50’s bezels will be thicker compared to the Huawei P50 Pro. The chin will be a little bit noticeable. Don’t expect the dual selfie shooter as in the P40. You will only see and use one selfie cam under a punch hole. Expect the Huawei P50 to come with dual speakers on the top and bottom frame, under display fingerprint sensor, plus an IR blaster.