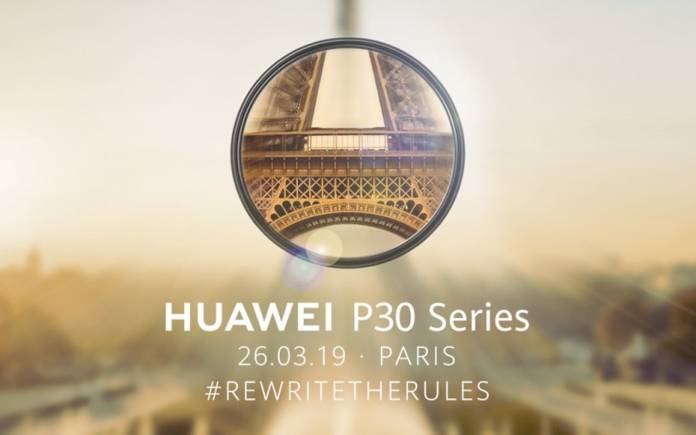 Huawei is expected to show up in Barcelona for the Mobile World Congress but it will also make another big announcement next month. It won’t be in China but in Paris, France on March 26. No need to guess because the new Huawei P series phones will be introduced. Aside from the Samsung Galaxy S10, the Huawei P30 is anticipated this first quarter because of the possibility of four rear cameras. While the South Korean tech giant is gearing up for the triple rear cam setup, here is Huawei ahead with the quad cams.

The company isn’t launching the Huawei P30 phones at the MWC 2019 but a foldable phone can be expected from the top Chinese OEM. This is something to be excited about because the foldable smartphone is said to have 5G support already.

While Samsung only has a foldable phone, Huawei seems to be ready with a 5G foldable phone. We’re not really sure how Huawei can do it but we won’t be surprised if it overtakes Samsung in the next few years.

Huawei Mobile shared over on Twitter that “Rules were made to be rewritten”. What could that mean? Well, Huawei is going to announce something big and new. We’re certain of that. We just don’t know what exactly.