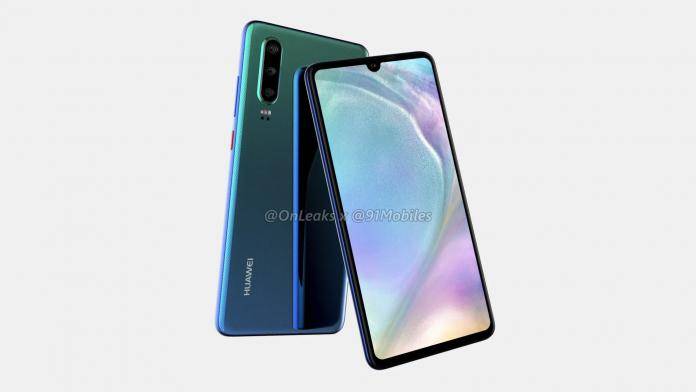 Aside from the Samsung Galaxy S10, another major premium flagship that we’re anticipating this first quarter is the Huawei P30. We’re assuming it will also have a Pro variant as in the previous years. The past few months, we’ve been hearing different details about this one including the idea of a quad-camera setup. It’s not surprising that the top Chinese OEM will make it a standard. We don’t even doubt Huawei will once again start a trend as it did with the dual camera setup on the P10 and the triple rear cam setup of the P20 Pro.

We mentioned before Huawei may implement a quad-camera setup after the success of the triple shooter system on the Mate 20 Pro and the P20 Pro. Four lenses may seem to be too much but apparently not because Nokia is planning a penta-camera system. We believe 2019 is the year when more camera lenses will be used.

This year, Huawei may use four and maybe five next year. It’s too early too tell but for now, here are early image renders of the Huawei P30 as presented by 91Mobiles and @onleaks. As usual, 5K image renders and a 360-degree video are available.

Oh wait, those are just three cameras on the rear. So the Huawei P30 will only have three and not four? Maybe. Maybe not. We can’t say for sure–yet.

Before the holidays, Huawei P30 Pro protective phone cases were revealed on Mobile Fun. An image was also leaked and then compared with the P20 Pro.

Looking at the new images, we notice the gradient finish that Huawei is slowly being known for.  We’re really more curious about whether the smartphone will have three or four cameras on the rear. But then again, these simply are renders.

The rendered Huawei P30 Pro shows a triple-camera setup with dual-tone LED flash and a notched display. The screen may be 6-inches with very small bezels and measure 149.1 x 71.4 x 7.5mm in dimensions.

There is no rear fingerprint scanner so there may be an on-screen fingerprint reader. We see a USB Type-C port, power button and volume rocker on the right, and a 3.5mm headphone jack at the bottom.