Huawei may have already launched its last Android phone offering for the year–the Honor View20–but the top Chinese OEM still has many good news for the remaining days of the year. Well, our latest finding may not be official but at least we’re given an idea of how the next-gen premium flagship smartphone will look like. After the Huawei Mate 20 series, we’re anticipating the Huawei P30 phones that we know will be unveiled in March–a few weeks or around the same time as Samsung unpacks the new Galaxy S10 models.

Spotted on Weibo is this photo of what is said to be the Huawei P30 Pro. The Pro variant of the next Huawei P phone is expected to be better than this year’s Huawei P20 Pro.

The Huawei P20 Pro is still on the top spot at DxOMark after nearly nine months. It remains unbeaten because of the innovative technologies but we have a feeling it will be overtaken by the next P Pro phone–the Huawei P30 Pro.

We’ve seen the Huawei P30 Pro protective phone cases revealed on Mobile Fun. We see the four cameras at the back but the latest image from China shows a different placement of the LED flash and the fourth camera. The notches are different. The image on Mobile Fun shows a waterdrop notch (curved V) while the latest photo shows a U-shaped notch. 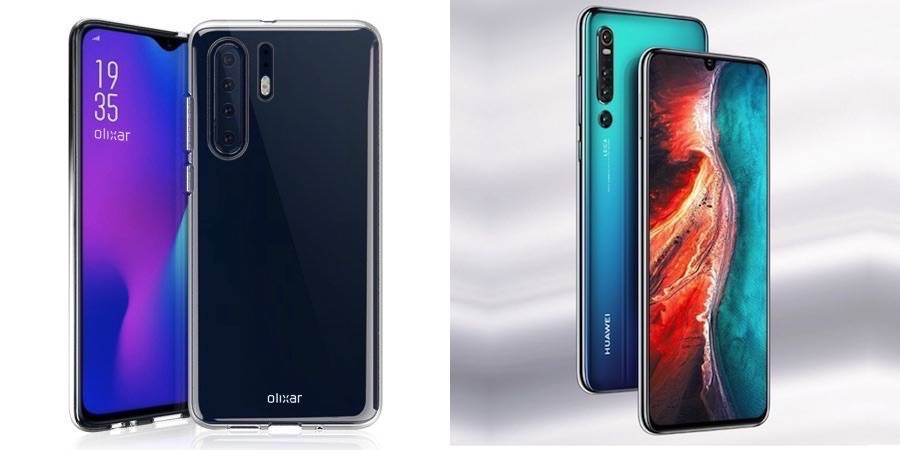 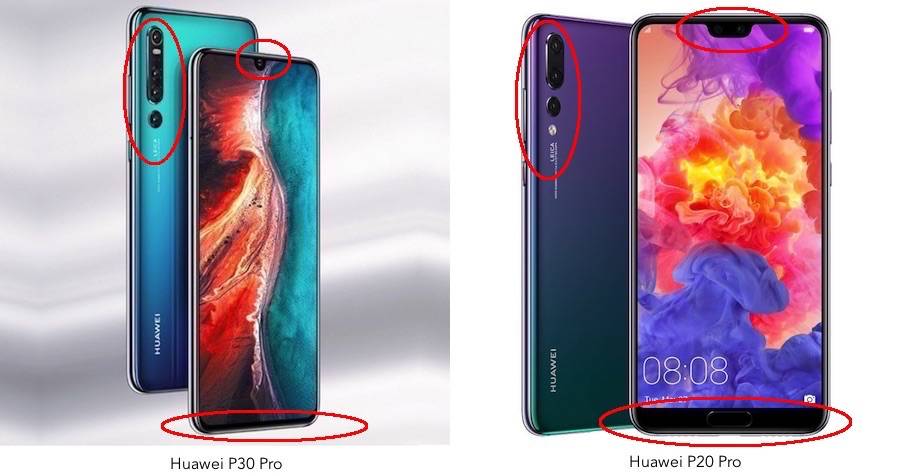 The Huawei P30 Pro could arrive with four cameras from the triple rear camera setup of the Huawei P20 Pro. The notch design is different–U-shaped versus the wide notch of the other model.

The bezels are significantly reduced especially on the forehead and chin. The Huawei P20 Pro has a large chin where the fingerprint scanner is located.

As for the Huawei P30 Pro, we don’t see any physical button in front. We’re assuming the company will implement the “Dynamic Pressure Sensing” in-screen scanner similar to what it used on the Mate 20 Pro.