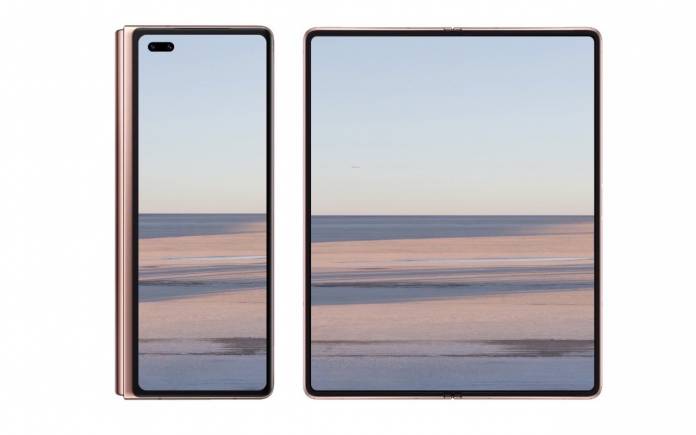 There is no confirmed scheduled date yet of launch and market release but we are certain now Huawei is still determined to release a new foldable phone. The Huawei Mate XS is believed to follow the original Mate X and the Mate XS. The top Chinese OEM is expected to unveil the Mate X2 very soon as several teasers are surfacing on the web. Numerous details are also being leaked like that idea of an inward folding screen and a dual selfie camera.

The Huawei Mate X2 with a dual selfie-camera will be the next-generation Huawei foldable smartphone. We’re hoping it will be a great improvement from the previous models in several ways. We’re also crossing our fingers that Huawei will finally make money with this one unlike with the Huawei Mate Xs. The latter wasn’t making any money and was even causing the OEM to lose more.

As for the Huawei Mate X2, this foldable phone will be an “innie”. The inward-folding design is what the Samsung Galaxy Z Fold uses. The display will be 8.01-inches with 2480 x 2222 pixel resolution. The 6.45-inch external display will come with a 90Hz refresh rate. It will be powered by a a 5nm Kirin 9000 5G processor and a 4400mAh battery with 66W charging support.

A recent image on Weibo has appeared. It mainly shows the possible design of the Huawei foldable phone. The device looks long, thin, and light for a mobile phone with a folding screen. The secondary display shows a 16MP sensor with dual holes. We’re assuming that’s the selfie camera system. Interestingly, the larger main camera doesn’t have any holes.