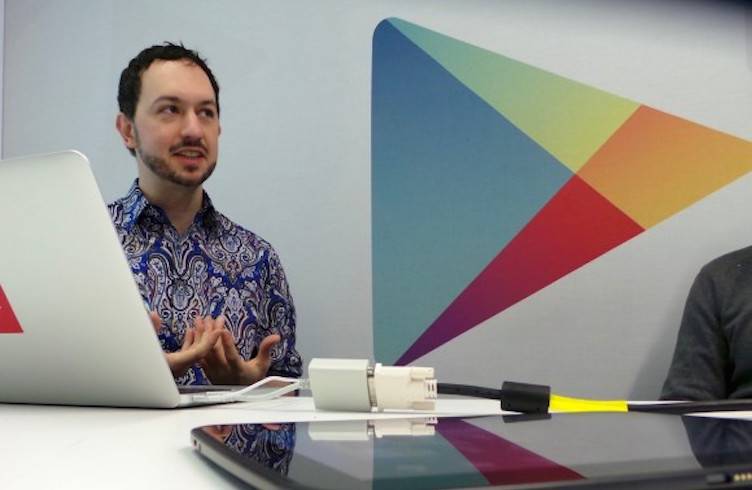 When Matias Duarte starts talking, everybody listens. To end this crazy but fulfilling 2015, Google’s Vice President of Design shares his vision for the future of design not just for the search giant but also for the whole mobile and tech industry. Matias was known as a former Palm executive but when he joined Google five years ago, user experience for most of the brand’s products and services improved.

Devs and other industry experts always listen to what Duarte has to say because it’s certain you’ll find wisdom in his words. A few years ago, he talked about the Facebook Home, the Roboto design decisions for ICS, and his being less satisfied with the Android UI before. That’s all in the past since he now believes that Android is already in a good place. By that we mean the platform is already established. There may be security and privacy issues but design-wise, it has reached its pinnacle. Actually, it’s already getting old that we should think about changing it.

Duarte noted that there is a “real risk of stagnation” now. That’s true and the landscape of technology is expected to change rapidly in the coming months and years. According to Duarte, computers “will fade away into the background”. The experience will be more human—very well integrated into our daily lives that we won’t even notice there’s been a disruption. Instead of just typing on a keyboard, clicking on commands, or swiping on a touchscreen display. Now, you can draw or say what you need to do.

“As we get more and more screens and more and more devices that are smart, both integrated into our homes but also on our bodies, it’s creating new types of problems that are going to create a new type of opportunity.”

Since the iPhone was released, we’re still using the apps lined up in rows and rectangles. Believe it or not, even the general tablet and smartphone design is already old. From computers to laptops to netbooks to tablets, people have more choices today than ever before. Some have ditched their PCs at home or the office in favor of the laptop. In some industries however, there is no point in using a computer because the tablets are powerful enough. 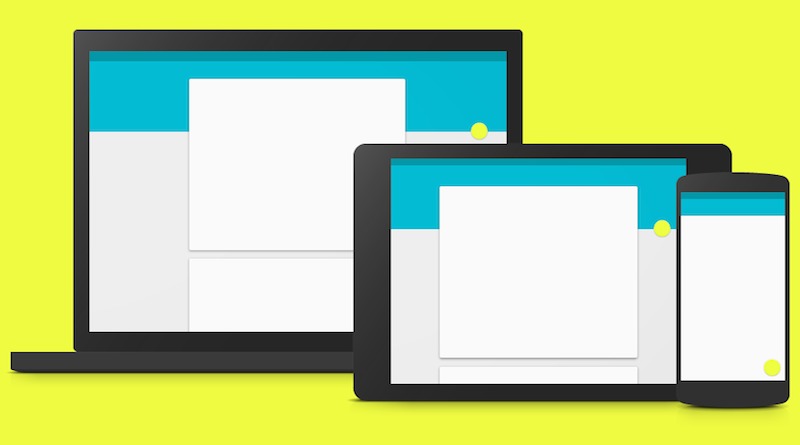 Tablets have come to a stagnant point too–we think. Why? Apple has already attempted to make a big iPad Pro and then there’s the Surface Pro 4 ,and the 18-inch Samsung Galaxy View. The tablet is now getting many different versions.

There may be many lawsuits because of patent infringement and obvious copying in design but it’s difficult to become unique in this day and age. It’s already hard to draw the line between the difference in software and hardware design. Those complaints about copying and infringement won’t stop until a major overhaul is introduced. Google introduced Material Design last year but it’s not enough. Almost a  year ago, we featured what Material Design meant for Google.

BlackBerry may have started in the smartphone arena but it was Apple who revolutionized the mobile industry. Google soon followed with Android and quickly became King, at least, when we’re talking about the number of units sold worldwide. The behavior of consumers changed and still continues to evolve especially now that smartwatch and other wearables have been introduced. This coming 2016, we believe that the smart home industry will finally take off as a lot of device manufacturers have started to look into making smarter devices. There’s also the virtual reality industry that is also starting to pick up.

When it comes to Google, Material Design looks simpler now–less chaotic. Duarte was part of the team who did such change and now he’s working on Android Wear. Google has significant contribution to the way people use mobile devices. By bringing Android to the masses, Google has helped in standardizing the mobile industry. That’s despite some flaws in design or being difficult to understand.

Duarte noted that there is still a need to improve the design. It may take time to enhance all emotional, social, aesthetic, and historical elements but the Google executive is positive. In software, he’s started to see some changes although numerous challenges are evident. Merging both design and technology can be difficult.

When it comes to design, you take into consideration a lot of things from the style to the materials, manufacturing, history, and more. Duarte shared with Wired:

Duarte’s main vision for design or technology in general is something less intrusive. It’s almost similar to what the Google SVP Sundar Pichai said a few months ago that he wants mobile phones to be less intrusive.

Duarte is still not sure if Android Wear is “there” yet but we have to see first in the coming months or years. Digital design will certainly evolve and Google hopes to be able to help. The VP wants to change the the current smartphones and GUI interfaces we all have grown to love and are familiar with. Duarte promised to do his best to work on a “much richer, continuous mesh of devices and interfaces”.

That “less intrusive” age may still be far from today but there is potential. We somehow understand the idea because Google has been the subject of related topics. A few months ago, Google clarified that Chrome OS is not going away. There was a rumor that Google was planning to fold up Chrome OS to integrate into Android instead but it turned out not true. Android head Lockheimer himself denied the rumor and said that Google is committed to Chrome OS. There will only be major changes.