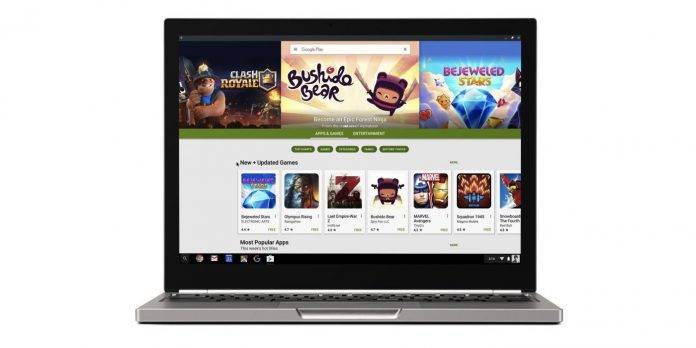 Chrome OS on notebook computers is now made even better with Google Play Store support. This means most Android apps can run on select Chromebooks as they would on any smartphone or tablet. There may be limits to some functions and features but the developers are there to make adjustments. The idea of downloading and installing Android apps on Chromebooks has been noted since last year. We’ve been waiting for Android apps to come to more Chromebooks. We also wondered where and when. We anticipated as this move will help share the future of Android.

The list doesn’t only include Chromebooks but also several Chromebases and Chromeboxes. Remember that not all Chromebooks will receive Android apps and Play Store support but the Chrome OS team is working hard to evaluate more models. Improvements and new features are expected to arrive on the devices listed below.

The remaining dozens of Chrome OS-powered laptops and devices are still either being evaluated or planned:

VIA: The Chromium Projects