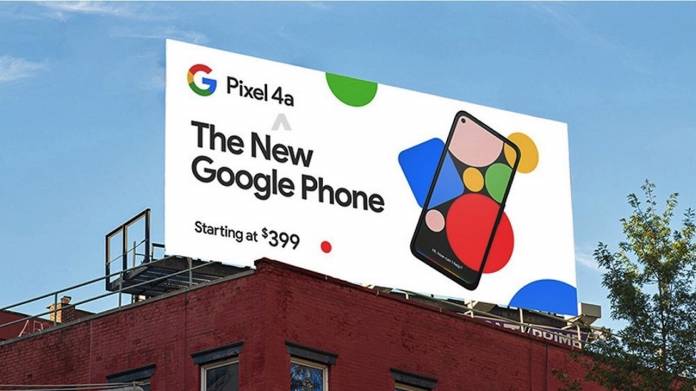 The Google Pixel series has been around for a few years now but it hasn’t really sold well enough. We can’t say Pixel phones are bestsellers but they get quite a lot of attention. Design and specs are not exactly the best in the industry but we know Google has all the intentions in the world to come up with something worth every effort, time, and money. From the original Pixel, we’ve seen the Pixel 2, Pixel 3, Pixel 3a, and the Pixel 4. Each one comes with an XL variant.

The next Pixel 4a is expected to roll out in the coming month with Snapdragon 730 processor and mid-range specs. Pixel 4a wallpapers were leaked earlier. Despite two key execs leaving Google, the company is still on schedule for June. The phone has actually been benchmarked earlier and then already compared with older Pixel models.

The Pixel 4a and Pixel 4a XL may also cost the same as the previous models. These mid-rangers may cost around $349 while Premium Pixel phones may be priced at $699.

There is no official launch or announcement yet. A survey was simply sent out by Google about the possible price points: $349 and $649 for the Pixel and Premium Pixel, respectively.

Here is a screenshot of the survey: 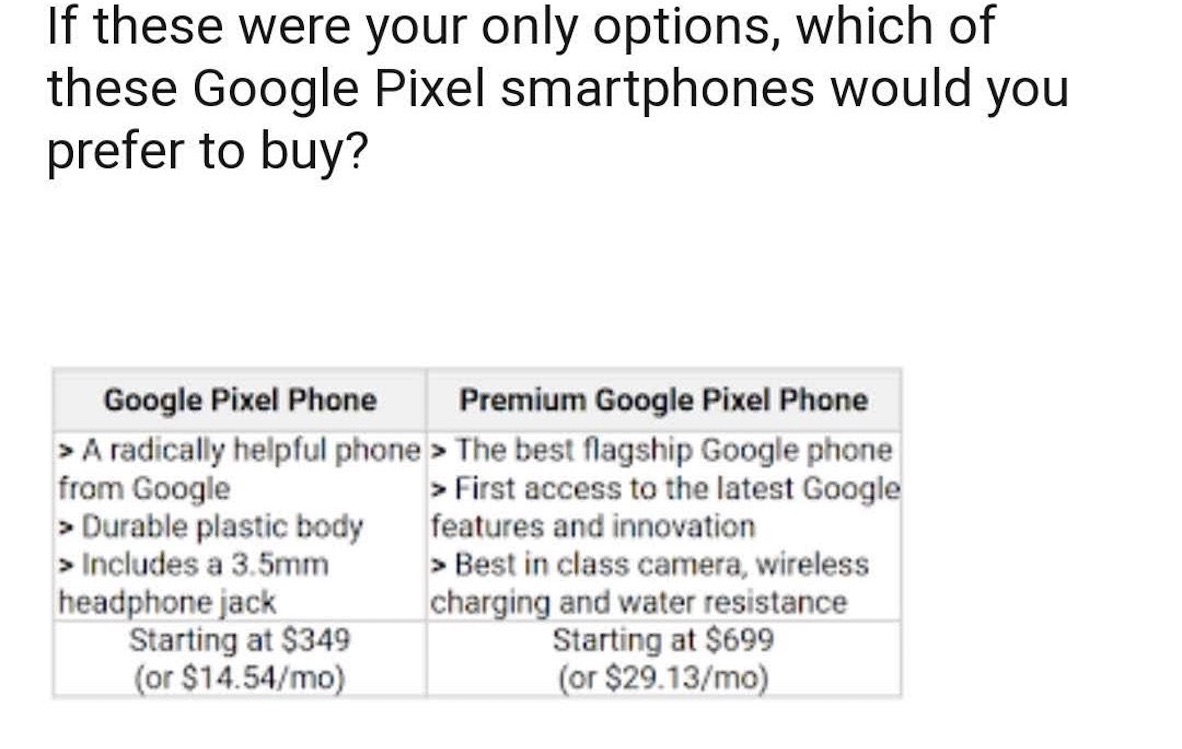 The mid-range Pixel will be the Pixel 4a. Looking at the leak, it could radically be a helpful phone from Google. It will come with a durable plastic body and a 3.5mm headphone jack.

The Premium Pixel could be the Pixel 5 due in the fourth quarter of the year. It could be the “best flagship Google phone” with the “best in class camera, wireless charging, and water resistance.” Let’s wait and see.