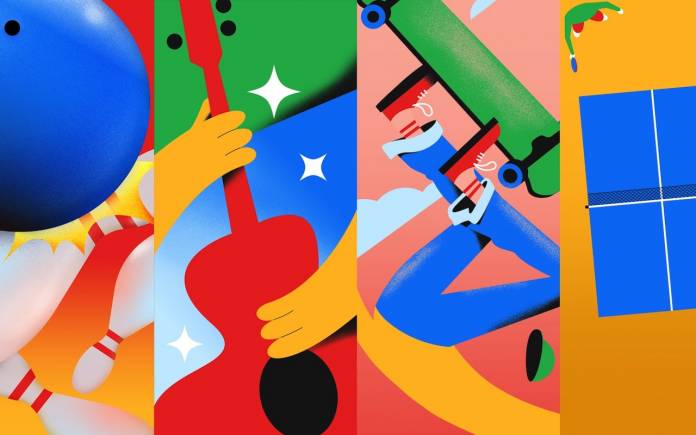 The Pixel division of Google may be shaken up a bit after two key executives left recently but we’re certain the tech giant will not discontinue the line. There may be a delay on the release and while waiting for the official launch, we can expect more rumors and leaks will be shared. The phone has been benchmarked this early and compared with older Pixel devices. Camera samples were already spotted before the online launch. The Snapdragon 730 and mid-range specs are also expected.

The Google Pixel 4a is also believed to come with UFS 2.1 storage and speedier app loading. It will cost the same as the previous model. Codenamed as ‘Sunfish‘, the mid-range phone is expected to arrive next month.

The latest information we have is actually a set of images. The Google Pixel 4a wallpapers have recently leaked and can now be used on even non-Pixel phones. We love the colors and the whimsical design.

The images were shared again by YouTuber Julio Lusson–the same guy who shared the benchmark scores. Here are some samples of images in 2340 × 1080 resolution:

Not to be overwhelmed by the colors and the design but we notice the punch-hole placed on the top left of the screen. Most of the images show the cutout possibly blending with the rest of the scene. It’s nice to know Google though about the hole-punch display cutout even if the Pixel 4a is only the first phone to have such a feature. Let’s wait and see for the official launch of the Pixel 4a and Pixel 4a XL.