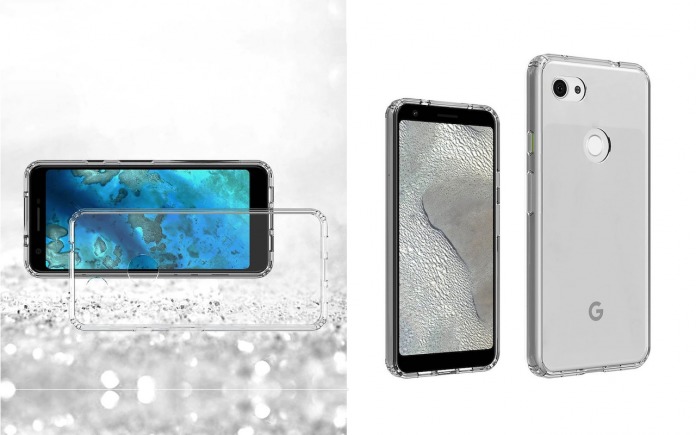 Here are the latest images related to the Pixel 3a and Pixel 3a XL. It’s the first time Google is launching new variants of the current flagship before the next-gen Pixel is introduced later this year. Much has been said about the new Pixel phones and we’ve seen several renders already but no accessories yet. We no longer doubt the existence of such phones because the rumors and pieces of evidence are just too many. A certain Sudhanshu Ambhore (@Sudhanshu1414) on Twitter shared the images you can see below.

The mobile accessories are nothing special. They’re simply transparent phone cases but the images shared show us how the new Pixel 3a phones will look. Not that we’re expecting anything majorly different from the Pixel 3 and Pixel 3 XL but we’re curious to know how Google has made them better.

We’ve mentioned the Pixel 3a and Pixel 3a XL several times. The last one was when the ‘bonito’ and ‘sargo’ were spotted on the Google Play Developer Console. The latest Pixel 3a and 3a XL images surfaced online two weeks ago.

The duo will be Google’s latest mid-rangers as earlier suggested.

If you may remember, one device was first called as the Pixel 3 Lite XL but it will be replaced by the Pixel 3a XL. We’re expecting the two Android smartphones will be introduced at next month’s Google I/O 2019 event.

While the Android community waits for the Pixel 4 and Pixel 4 XL, we can expect the Pixel 3a and Pixel 3a XL to bring in more money to Google. The Pixel 3 and 3 XL are okay but they have some issues.