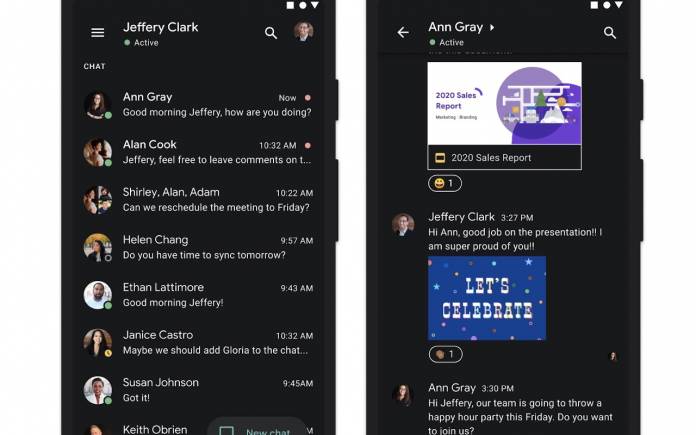 It was in April when Hangouts Chat was renamed to Google Chat. The name is simpler and we know it’s not the only change coming. Yesterday, the G Suite team announced that Dark themE for Google Chat is now available. This is ready for both Android and iOS versions of the program. Google has been working on several enhancements as part of its continued efforts to make things better for everyone around the world as we are encouraged to stay home until the pandemic is over.

Google has been improving Google Chat. One significant change is support for dark theme. Mobile consumers have been requesting for this feature on almost all platforms and devices. It’s here, finally.

Dark theme offers a better display. Viewing a screen in low-light conditions is less than ideal but reducing the brightness may help. The dark theme is the easiest way as it also protects the eyes.

The dark theme on Google Chat doesn’t offer admin control for this feature. For end-users, remember that this dark theme feature will respect the Android system settings automatically. The feature has started to roll out gradually. G Suite customers can take advantage of this now according to the G Suite team.