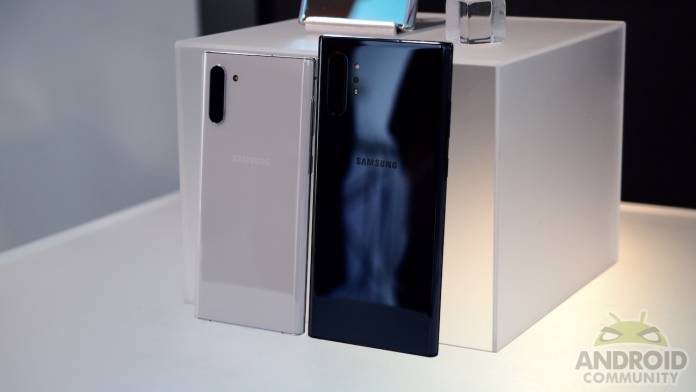 The second half of each year for Samsung always means a new chance. While H1 is focused on the new Galaxy S flagship series, H2, around August or September, is focused on the next-gen Galaxy Note phone. This year, the South Korean tech giant has decided to release a pair of new Notes which we’ve been calling as the regular Samsung Galaxy Note 10 and the Samsung Galaxy Note 10+ (previously Note 10 Pro). We’ve already managed to fill several pages about the subject because of numerous leaks, rumors, and recently, sightings in the wild.

Samsung needs the Galaxy Note 10 duo to do well for many reasons. The Galaxy S10 didn’t sell as much. It has to maintain its No.1 position lest it wants Huawei to take over. And then there’s also the fact another premium phone will be released in a few weeks. The highly-anticipated Galaxy Fold is about to be relaunched as promised.

We knew that video capture at a subway in Korea would be the last. It showed what the Galaxy Note 10 would look like. We specified it’s the Plus version although we weren’t sure. Today, Samsung has finally and officially “unpacked” the smartphones and we’ve got our first look and hands-on. 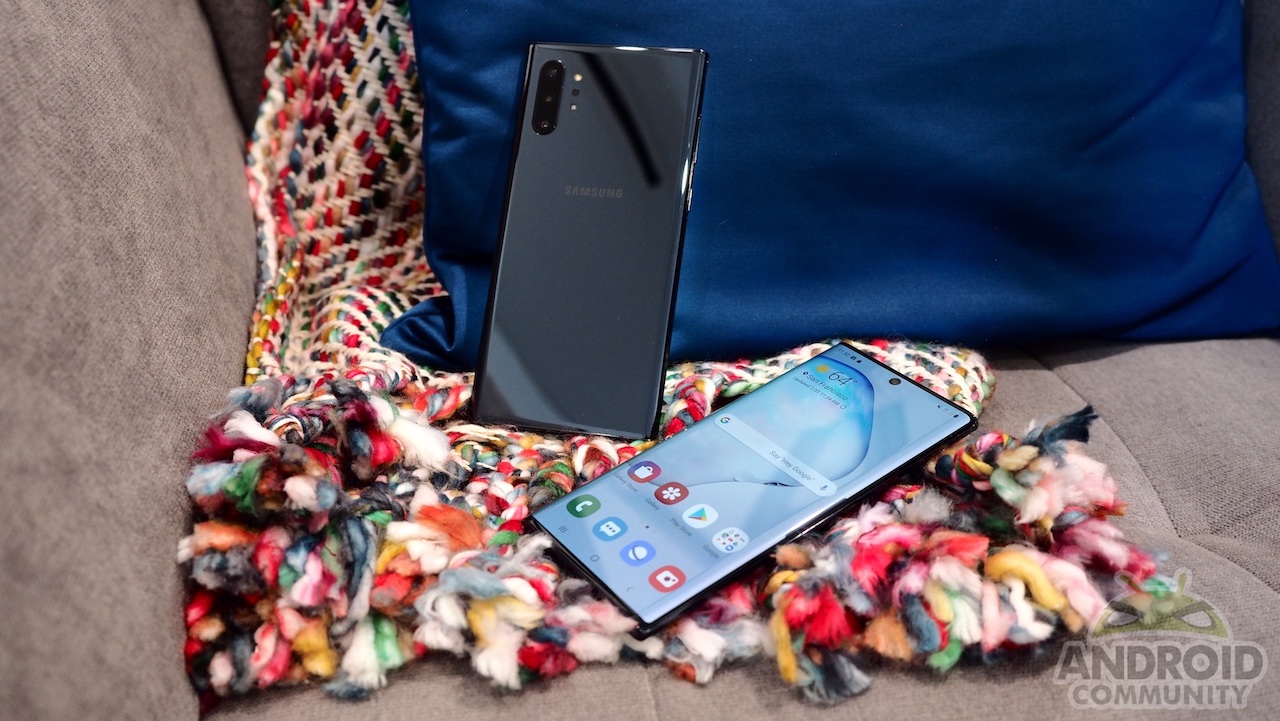 We know a lot. Many months of information and renders surfacing online have given us quite a clear idea about what to expect from the Samsung Galaxy Note 10. We know we’ve been taking things with a pinch of salt but here we are, ready to squash those rumors.

Note 10 will be powered by either an 8GB (LTE) or 12GB of RAM. The base model will have 256GB onboard storage. The 12GB RAM with 5G support will be exclusive to South Korea. As we noted before, the phablet doesn’t have a microSD card slot.

There will be a 3500mAh battery plus the standard connectivity features from WiFi to Bluetooth 5.0, USB Type C, NFC, and GPS among others. The usual sensors are also available: Barometer, Accelerometer, Gyro Sensor, Ultrasonic Fingerprint Sensor, Proximity Sensor, Hall Sensor, and Geomagnetic Sensor.

For security and authentication, there’s the face recognition, fingerprint sensor, and the standard Pattern, Swipe, Password, and PIN Lock.

As for the Samsung Galaxy Note 10+, most specs are similar except for the larger 6.8-inch screen with 3040 x 1440 resolution. There’s a quad-camera setup bearing the same three cameras of the Note 10 with the addition of a fourth–VGA F1.4 (72-degree) DepthVision Camera. The Plus version of the Note 10 runs on 12GB RAM only with 256GB or 512GB of storage. The battery is bigger at 4300mAh.

It’s easy to say there’s not much different from the Galaxy Note 9 but there are plenty of changes we notice. The boxy shape is still used but you can see the almost bezel-less display. Those Note 10 units seen in the wild can now be said to be real.

As mentioned earlier, Samsung has also redesigned the S Pen. Unfortunately, it’s not yet the S Pen camera. The upgraded Note stylus is more ergonomic and balanced. It’s also easier to hold now. Similar to the newly announced Galaxy Tab S6, the Note 10 S Pen supports Air Actions as made possible by new sensors to control the camera, gallery, media, etc. The company is releasing an SDK for third-party apps and further customizations. 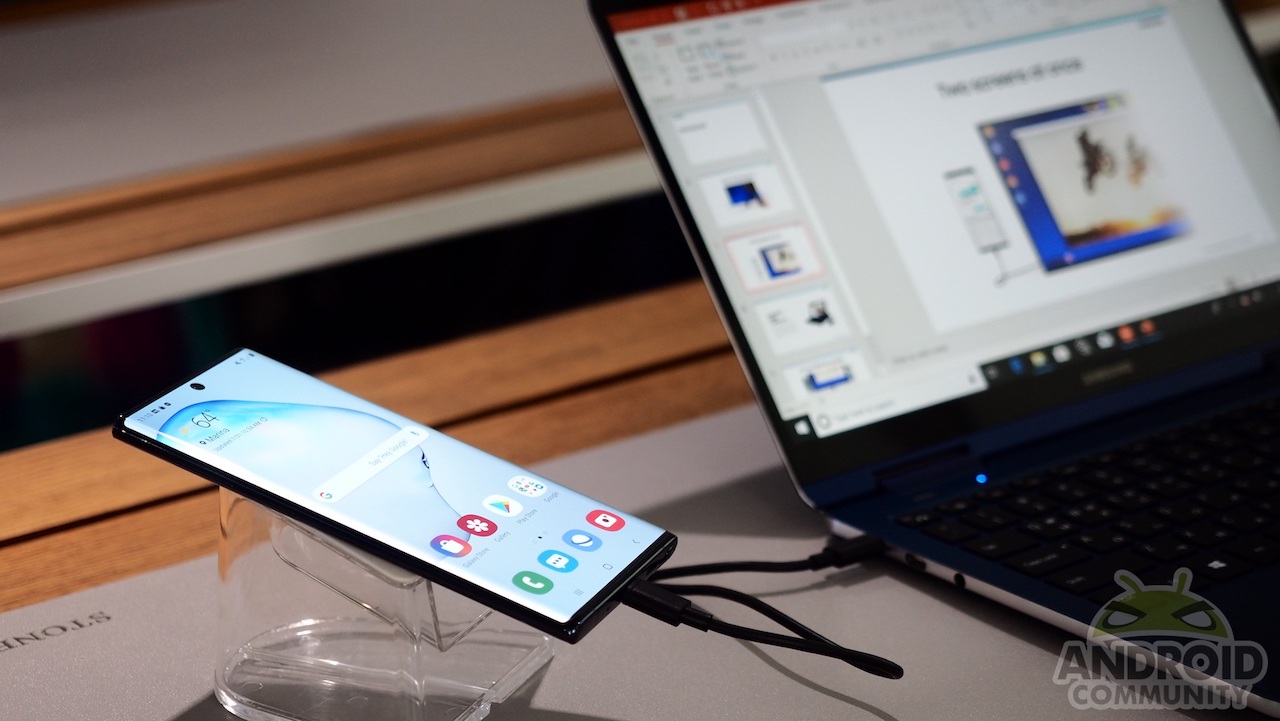 The usual Notes features are also available like the Samsung Notes. It allows you to convert to text or export into any supported format you like whether Word, Text, PDF, or image. Zoom and edit are possible with the help of the S Pen.

Samsung Dex for PC is also present, allowing you to use Phone and PC apps together. It doesn’t need a docking station, only a USB cable. Feel free to drag and drop or copy-paste text between the computer and the Note 10. Data are saved on the phone and not on the PC.

You can also link the phone to Windows and enjoy messaging, notifications, recent photos views, and screen mirroring. It works wirelessly so no need for extra setup. 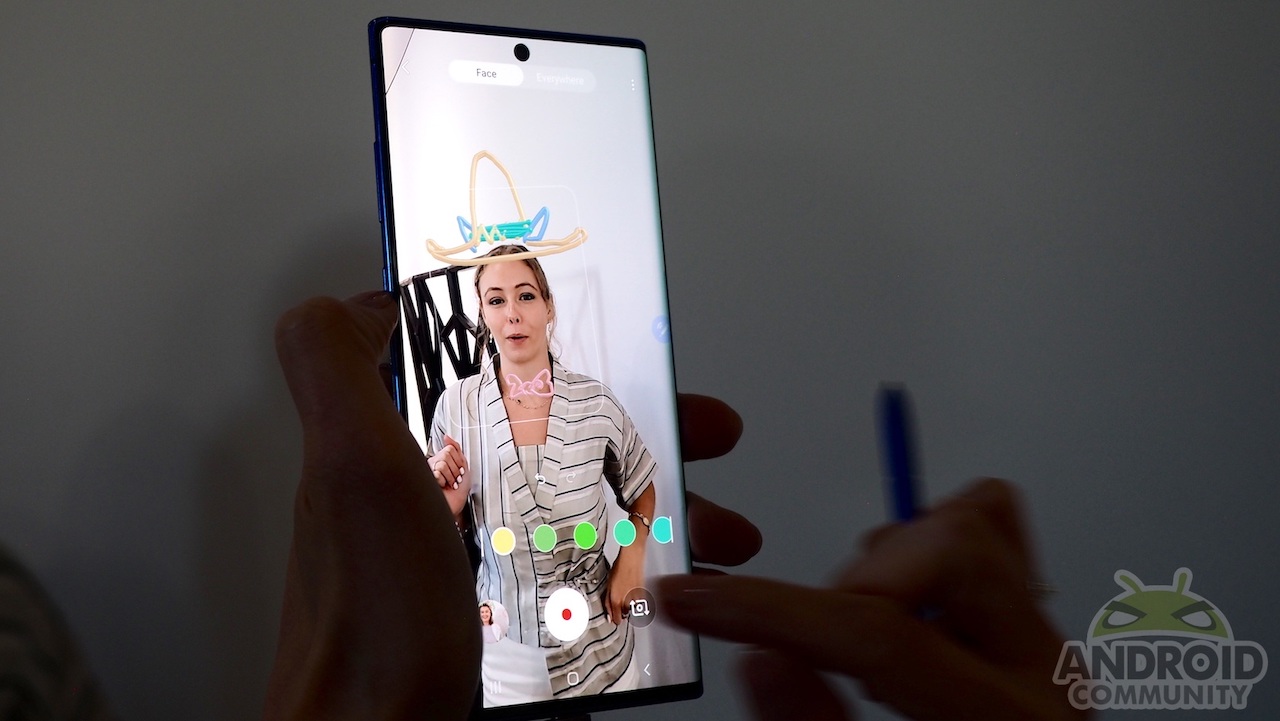 The Samsung Galaxy Note 10 is once again focused on creativity. Greater focus is given this time on video. Discover Live Focus Video with special photo filters that extend to video. A zoom-in-mic helps target audio within the frame. For action videos, the Super Steady feature from the S10 will be helpful.

The two phones differ in battery size but they both boast super fast charging. You only need an hour to fully charge the batteries using a 25W standard charger. With a 45W charger for the Note 10+, it’s even faster at only 30 minutes.

The Note 10 phones we’re featuring run on Snapdragon 855–not 855+ yet–but they offer up to 42% faster GPU and up to 33% faster CPU. Mobile internet connection is fast with 2Gbps download speed on 4G LTE and WiFi 6. 5G will be supported in select markets only.

Samsung also uses the world’s slimmest vapor chamber and an AI-based Game Booster so device temp, battery consumption, and CPU are optimized. For mobile gamers, take advantage of the Play Galaxy Link gaming service that lets you install on PC and then stream PC games to your Note 10 as long as connected to the same network.

The Note 10+ 5G will be exclusive to Verizon only for a limited time so we suggest you hurry to place your order. Price of the 5G version may be in the range as the Galaxy S10 5G. Color options include Aura Glow, Aura White, Aura Black, and Aura Blue. The latter is exclusive to the Note 10+ on Best Buy.