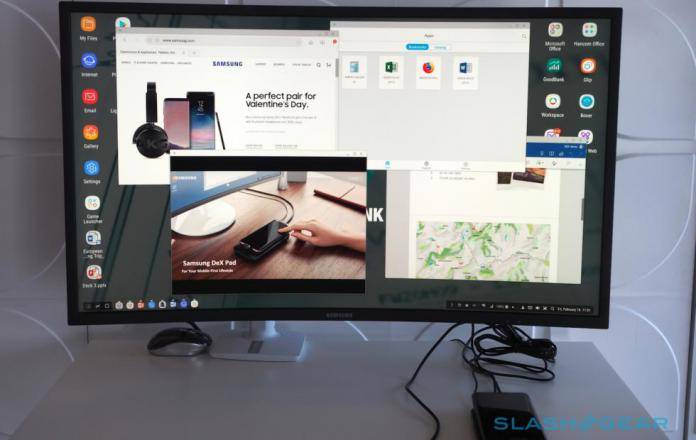 When Samsung announced that their Galaxy Note 9 will not need a dock to be able to use the DeX functionality, those who had the other flagships hoped that eventually they will be able to do that as well. Owners of Galaxy S9 and Galaxy S9+ devices will get that wish once the Android 9.0 Pie update begins rolling out to users, whenever that may be. Those who previously bought the docks are shaking their fists at Samsung right now probably.

This dock-less functionality currently only works with the Galaxy Note 9 as well as the Galaxy Tab S4. The DeX dock along with the functionality launched with the Galaxy S8 back in 2017. Those who had the flagship back then and wanted to use their smartphone as a truly, portable, work-related device had to buy the $150 DeX station. While you had to pay less for the DeX Pad at $99, it was still an extra expense and not a cheap one at that.

Enter the Galaxy Note 9 and Samsung’s news that you actually don’t need a dock anymore. You just had to have wireless keyboard and a Bluetooth mouse and a cable and you can use all the DeX functions that would turn your smartphone into a sort of desktop. If you didn’t buy a dock, yet then you just had to cross your fingers that Samsung would bring it to their other flagships.

Once the Android Pie update rolls out, owners of the Galaxy S9 and Galaxy S9+ will just need an HDMI-to-USB-C cable and then the other aforementioned peripherals. You’ll even get other new features like Scene optimization for your camera, gesture navigation, and of course a lot of visual and UI improvements.

Now as to when will the update arrive, it is expected in early 2019 so that’s still a couple of months away. The beta program is also expected to start soon so let’s wait for further announcements.