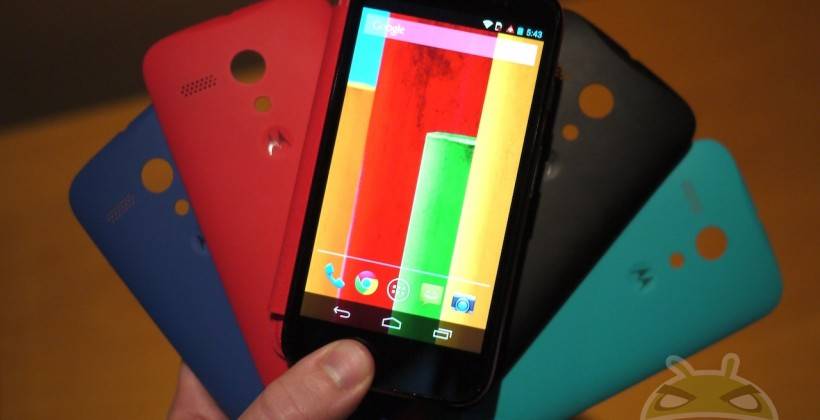 Before 2014 ended, we said that Motorola would be rolling out Lollipop for the 1st gen Moto G. Weeks of waiting are over, well at least, we don’t have to wait for long as Motorola recently mentioned that the software update will arrive in the “upcoming weeks”. This is good news for owners of the first Moto G especially since the 2nd-gen was the first smartphone to officially get Android 5.0 Lollipop last year.

We all know how such updates come from manufacturers and mobile carriers and more often than not, it can be frustrating. But the past week, some Moto G users have been getting notifications about the upcoming update. Here is the message from Motorola: 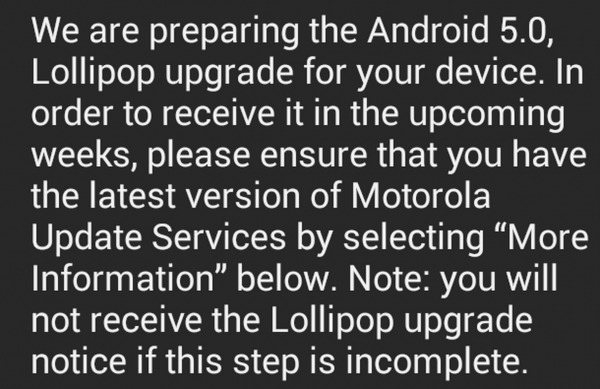 As with other similar upgrades, the Android 5.0 Lollipop will bring most features of the sweet mobile OS like Material Design elements, better battery life, new notifications screen, and enhanced phone performance. Android Lollipop on the Moto G will also allow automatic encryption and SELinux enforcing for all applications.

The Android 5.0 Lollipop on the first gen Moto G should be the same as what the Moto G with 4G in Brazil, Moto G in India, Moto X Pure Edition, and Nexus 6 received. Looks like the Motorola Lollipop updates announced last month are almost ready.