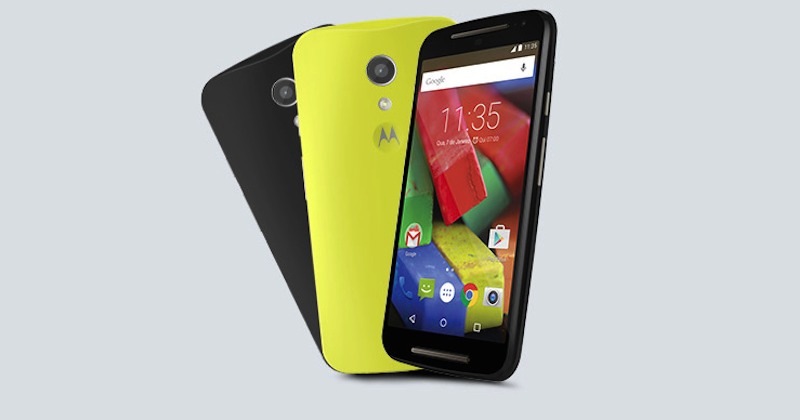 Before 2014 ended, we noted that a new Moto G is coming to Brazil with 4G/LTE connectivity and a bigger battery. It wasn’t exactly a rumor because it was spotted on Motorola’s Brazilian website. We didn’t have to wait long as the Lenovo-owned Motorola has just launched a new version of the 2nd-generation Moto G in the country. Main features are still the same but with the addition of 4G support and Android 5.0 Lollipop out of the box.

The Moto G 4G comes equipped with the same 5-inch screen, 16GB of built-in storage, 8 megapixel camera, and a quad-core processor. Phone now has a dual-SIM card slot, an improved battery, and of course, 4G LTE connectivity. This is a higher version so it’s now more expensive at R $ 899 which is about $345 in the United States. That’s still cheap. Phone will be available in various retailers, operators, and Motorola online store.

The Moto G is quite popular in Brazil mainly because of its affordability. With the addition of 4G and longer lasting battery, we don’t doubt more Brazilians will avail of this great smartphone deal. Motorola could expect a bigger market share in the coming months after the Moto G 4G’s release in the the country.

Android 5.0 Lollipop may be installed as default on the Moto G 4G but the 1st-gen and the current non-4G Moto G don’t have it yet. Motorola has released the official sweet software update for those models. We knew it was coming and India got it first. And of course, who could forget the fact that the Moto G was the first to officially get Android 5.0 Lollipop.

If you own a 1st-gen and 2nd-gen Moto G, upgrade to Lollipop by going to Settings> About Phone> System Updates. For first-gen Moto G owners, just make sure you have the latest Motorola Update Services from the Google Play Store.

Motorola could have easily released the Android 5.0 Lollipop to the supported phones once Google officially released the new platform version but it didn’t for good reasons. Motorola wants to test everything first on different units, countries, and carriers. After all the testing, Motorola can then do a “public push”.