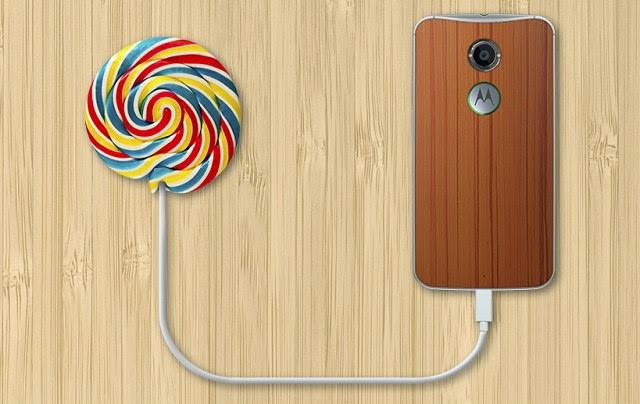 Just a day after we found out that Motorola has sweetly unleashed the brand new Android 5.0 Lollipop on the 2014 edition of their Moto G, the OEM has also confirmed that their Moto X Pure Edition has also started rolling out the latest major Google upgrade to the platform. Everyone was surprised that the Moto G was the first device to officially get Lollipop-ized, even ahead of the Nexus 5 and Nexus 7, or the LG G3 which previously announced it was rolling out in Poland this week.

While it was unexpected for some, it is indeed happy news for Moto X and Moto G users as it gives them the chance to be the first to officially see their smartphones be updated to the much-publicized latest iteration of Android. For some, it will most certainly feel like they have a new phone as the Lollipop’s Material Design will give devices a “bold, new visual style”, which includes new typography, a new color palate and edge-to-edge imagery. The new notification system is also something to look forward to, as now you can act on them without unlocking your phone. You also have two new settings, “Downtime” and “Interruption” which gives you the options to choose who and what can get through to you at those specific times.

Another feature that most people are looking forward to, especially parents who sometimes let their kids use their phones, is the ability to put your phone on Guest mode or to add another account. You can limit the user to just specific apps or features to use on your device, so if your 5-year-old just wants to play Plants vs Zombies on your phone, that’s the only thing they’ll be able to use. And while flashlight functions are pretty common on most devices (heck, even your old Nokia had one!), this is the first time that Android has built it in to the platform.

The Android 5.0 Lollipop update has already started rolling out to the Moto X Pure Edition, the Moto G (2nd Gen US GSM and 2nd Gen Global GSM sold in the US) just a week after Google officially released the software for public consumption. Just be patient if you haven’t received a notification yet that it’s ready for your device, and if you’ve already got one, congratulations and enjoy your Lollipop!