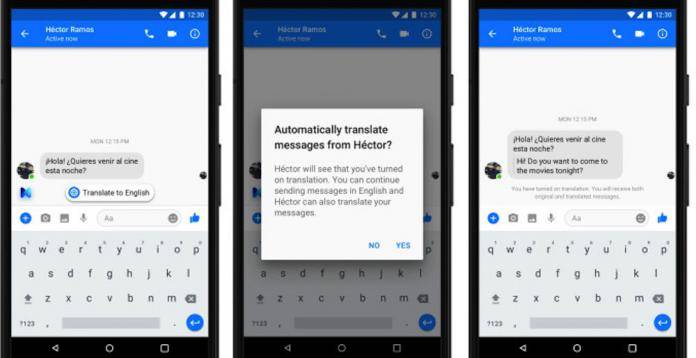 Say what you want about Facebook but we’re certain you still can’t bear to break up with it. You sure can deactivate your profile but admit it, the Messenger has made it easier for you to communicate with family and friends. We know you’re part of several group chats and for such reason, you can’t seem to leave the most popular social network no matter how “not secure” you think it is. Millions of people all over the world rely on it since the standalone app was announced back in 2011.

It’s a challenging and confusing time right now in the United States, especially at the borders. No, we’re not commenting on the issue but we’re letting you know how to ease the heartaches. Auto-translation is now available on Facebook Messenger. It is ready to translate conversations from English to Spanish and vice-versa. This feature is available initially for Messenger users in the US and Mexico.

The launch is timely. and it’s expected to facilitate friendships across the nations and languages. It’s not just the families who will benefit from the feature but also businesses between the two countries.

Language translations may not be as perfect but you can understand the discussion somehow. M, Facebook’s AI assistant, will ask you first if you want the text to be translated. Auto-translation will then be turned off. More language pairs and countries are still being planned by Facebook.