Facebook Messenger is no doubt one useful application. The instant messaging app effectively connects many people from all over the world and from all walks of life. It was first launched back in 2011 as a standalone app but the Messenger Platform was only released in two years ago. This included tools for developers and businesses so people can connect in a more personal way, as well as, be more productive in their businesses. It may not be known to you but he Messenger Platform has since grown in several areas.

Facebook Messenger has allowed many companies and businesses to communicate with loyal fans and potential clients in a more convenient way. There are hundreds of thousands of bots working within Messenger (about 300,000). Messages exchanged have already reached over eight billion.

At the moment, there are 200,000 devs working on the Messenger Platform and building new experiences actively including one-to-ones, chat extensions, content-sharing, and collaborations. This time, the Messenger gets support for augmented reality.

Facebook is introducing the Camera Effects Platform that integrates AR into the Messenger. It allows AR effects and filters specific to a brand so they can enjoy a more targeted experience. AR allows visualization of products so buyers will have an idea how items look. This is part of the Facebook AR Studio. First brands to take advantage of such include Kia, Nike, Sephora, and ASUS. 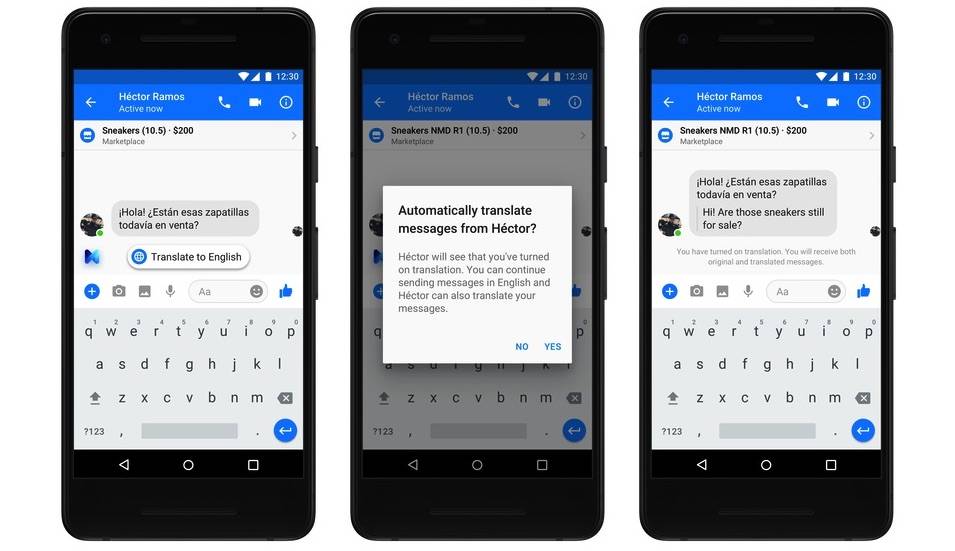 Facebook has also announced M Translations. This one breaks the language barrier as Messenger can now automatically translate messages written in a different language. This makes things easier for businesses trying to go global or at least reach new markets. English-Spanish and Spanish-English translations will be available at launch in the United States. Other countries and languages may be supported soon.