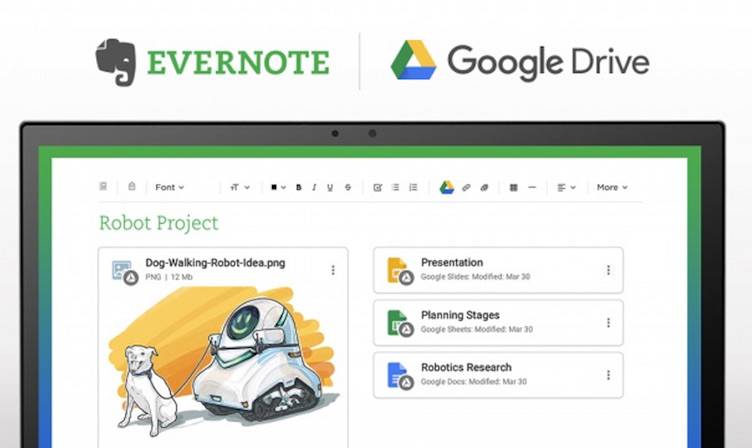 Evernote is one of the top note-taking apps today. It can be integrated with numerous apps like Outlook, OneNote, and Sunrise which is sadly ending soon. Cloud storage is a standard now although more people have yet to adopt the idea. Google Drive is just one of the many and we’re happy to know that the search giant’s cloud service can now be linked with Evernote.

The integration of the two is actually imminent because they are on top of their game. For one, Google has been updating the service regularly to make sure that users, especially those paying for the premium service, can have their money’s worth. Most recent updates include the inline uploads and selective syncing, Yahoo Now attachment, reverse sort and instant edit, and a better search function.

These two are great productivity tools and we’re glad they can now work together. This new integration is for those who are on Android only and people using web on Chrome.