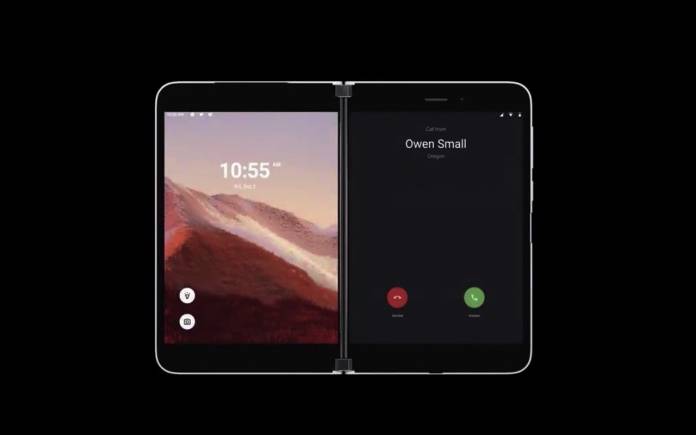 A few months ago, the Microsoft Surface Duo and Surface Neo were unveiled. The devices are scheduled to be available this 2020. And now that we’re here, we’re more than curious as to when the tablets will be available in the market. They’re coming but we have yet to know the exact launch date. For now, we’ll be content with the Surface Duo demo on YouTube. We find it interesting because the demo failed during livestream and only to be corrected on the official video published on the web.

We’ve got some information now. The software giant is said to be done with a working software by April. There is a possibility a Summer release will happen given a few months are needed to test the device, system, and fix any initial issues. Interestingly, there is a mention the first release may only be for the developers and early adopters.

The Microsoft Surface Duo is even believed to arrive with the Surface Book 3 and Surface Go 2. Now that will be very exciting and generous of Microsoft to release several new products at the same time. It may happen but in limited quantities only.

Microsoft’s Surace Duo is said to come equipped with the following: 6GB of RAM, 64GB onboard storage, and Qualcomm Snapdragon 855 processor. Since it’s only SD 855, 5G support won’t be ready. That may be alright but we all know 5G will be bigger this year. It may be better if Microsoft comes up with something 5G-capable if it wants to make a dent in the market.

Microsoft can still consider the Snapdragon 865 processor that is already equipped with a 5G modem. The Surface Duo will run on Android as mentioned with less than impressive specs. Looking at the images of the device, multiple cameras, and smaller bezels weren’t even considered–proving the design is old.

Microsoft may still face another challenge: the COVID-19. The virus has been causing some plants and factories to shut down. Doing so affects supply and production. The last tech companies we know that have been affected are Samsung and LG. Cross your fingers Microsoft won’t encounter anything similar.