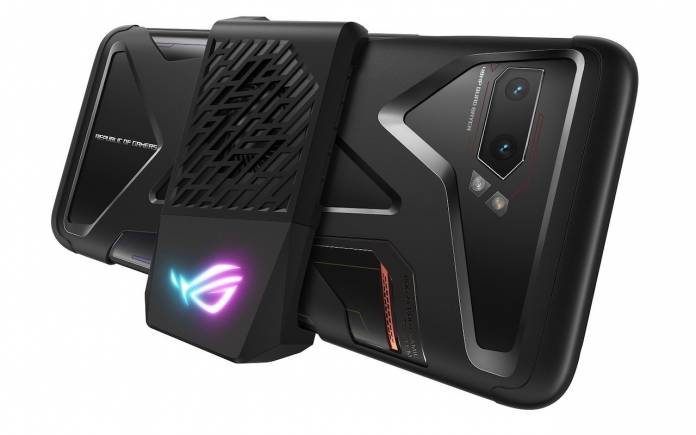 The Asus ROG Phone II has been in the works. It’s speculated to offer a 120Hz display experience and may be out this quarter. Earlier this month, it was also mentioned the phone may use the latest Snapdragon 855 Plus chipset. The next-gen gaming phone is for real. The category has been set ever since many OEMs followed the Razer Phone. We can list a few models but for now, let’s focus on the new ROG Phone from the Taiwanese tech giant.

The original ASUS ROG Phone was introduced June last year. We said it’s overkill but it was the gaming phone we deserve. We learned everything we wanted to know that made most gamers happy.

The phone arrived with mobile gaming accessories that blew our mind. The community has been looking forward to the next ASUS ROG Phone model. We said it will run up to 12GB of RAM on the latest Snapdragon 855+ chipset so it will be really powerful.

ASUS ROG Phone 2 may be the first to be powered by the Snapdragon 855 Plus processor. So far, we know the gaming device will boast a 6.59-inch AMOLED screen with FHD+ resolution, 120Hz refresh rate, 49ms touch latency, color accuracy, and a large 6000mAH battery. The battery capacity makes it long-lasting and powerful.

ASUS ROG Phone 2 is another gaming phone that can offer something new and fast to avid mobile gamers. It will blow our minds once again once the device is officially announced and finally our in the market.