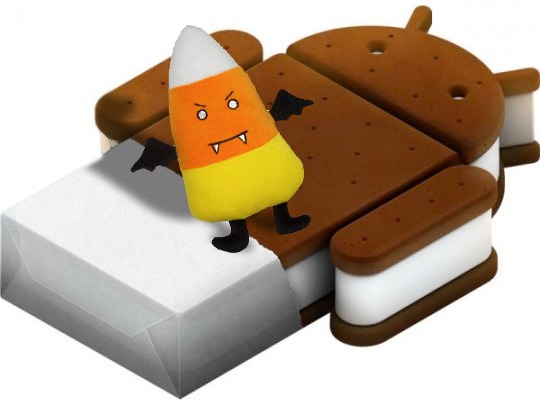 It’s difficult to take the folks at Notion Ink seriously after all we’ve heard from them, confirmations that turned out flat, a device whose insides certainly did not end up pretty, and stories of them leaving their customers in the dark the moment their device was shipped and the money was in the bank. Oh the other hand, they haven’t disappeared completely quite yet, and Rohan Shravan, their face, has a bit to say about Ice Cream Sandwich that may end up being dipped in truth sauce when it comes down to it. The key sentence: “Official (“update button”) Ice Cream Sandwich update in November after Google’s launch in late Oct”. Did Shravan just leak the launch date of the next Android treat?

Shravan may have done one of two things here. First, he could have some sort of insider knowledge of the future and he could be speaking with Google reps on the phone daily. This is a whole heck of a lot less likely than the second possibility: Shravan is able to use the internet and frequents sites like Android Community where he read the headline Ice Cream Sandwich coming October of November says Eric Schmidt. He’s also probably following news on the Nexus Prime like every other Android fan on the planet and happened across the story that noted in addition to its possible 1.5 Ghz dual-core processor, it’d have an October release alongside Ice Cream Sandwich.

Shravan does have a few more ideas though perhaps based in well-read near-reality. The first of these is that, as he says, “if you go by the industry signals, OMAP is the preferred platform for the next wave of devices.” He adds that OMAP will also “see ICS” before Tegra. This is certainly not the first time we’ve heard that Google would team with Texas Instruments for OMAP4, and since NVIDIA’s Tegra 2 dual-core processor was the hero for Google’s Honeycomb release (see: Motorola XOOM), we can assume that Google will be giving another group a chance at glory this time around. Fair is fair!

What do you think – should Notion Ink’s people be trusted? They DID give us the heads up on Gingerbread basically before anyone else in the world, after all. Perhaps we’re good to go for late October! Now the question is – or remains – will you wait for the Nexus Prime, or will you hit up either the DROID BIONIC or the Samsung Galaxy S II?