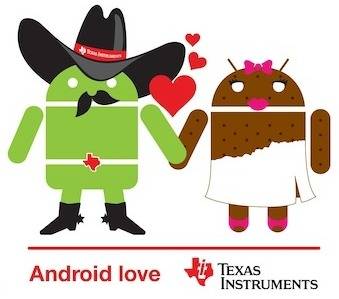 Well folks, this makes things sound a bit more official. We have been hearing rumors of an October or November launch for a long time for the net version of Android, but today Google’s own Eric Schmidt was nice enough to confirm the same time frame. Ever since we first saw ICS at Google I/O we’ve been patiently waiting for more details.

We have heard plenty about ICS over the past few months and can see anything regarding ICS right here. Remember the leaked Ice Cream Sandwich screenshots? Those got everyone excited but we’ve seen nothing since then. During a sit-down at Salesforce.com’s Dreamforce conference, Schmidt was talking about our favorite green robot Android and let it slip that ICS was coming in October or November.

His remarks are about 30:00 minutes into the video

We have a new operating system, internally known as Ice Cream Sandwich for some reason, which is being released in October/November, which everyone’s really excited about.

While this isn’t anything extremely new or details we didn’t already know or were assuming, it’s always nice to hear something like this right from Google themselves. Now I just wish they’d confirm the Samsung Nexus Prime already, and if it’s headed to Verizon or not.

We can expect tons of details and news regarding ICS to start flooding the news and Android Community soon so stay tuned as those dates get closer.