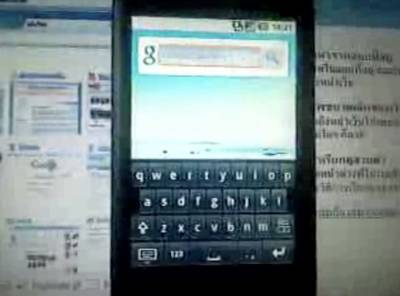 A video demo of the new cupcake updates on-screen keyboard has surfaced. From what we can see this long awaited keyboard is very functional and easy to use. We can’t wait to get our hands on it and take it for a spin. Garmin has announced that they will be releasing an Android-powered personal navigation device. Android bringing us turn-by-turn navigation with the backing of Garmin just seems too good to be true.

Google employees this year won’t be taking home a big Christmas bonus check (not most of them anyway), instead they will be taking home an unlocked “Dream Phone” with a special “droid” design on the back. The countries where Google’s legal team could not swing an unlocked G1 were given the monetary value (about $400) of the device. These countries include, India, China, Brazil, Korea, Israel, Russia, Argentina, Taiwan, Hong Kong, Mexico, Turkey, Kenya, United Arab Emirates, South Africa, Egypt, Chile, and the Ukraine.

The aTrackDog application keeps track of your updates for all of your applications, but this application is not without major flaws and the collection of very valuable data market intelligence from the users. Many developers push out beta updates that will trigger this application to give all users false information about updates. 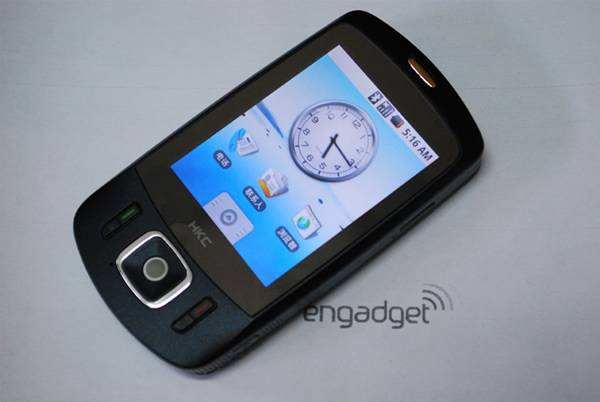 We have announced the 6 winners of the Plantronics Discovery 925 Bluetooth headsets in our Android Community holiday giveaway. Congratulations to Message, Cycledroid, fstltna, Scythe, Adam Sowa and youngmack2k4. We also found quite a gallery of hands on pictures of the HKC Pearl on Engadget China. The HKC Pearl runs both Windows Mobile and Google’s Android OS as a dual booting system. This handset has a touchscreen and scroll ball just as you would find on the T-Mobile G1.

The Lenovo OPhone also got a size comparison with the iPhone and iPhone 3G. The OPhone measures in at 115.84 x 61.57 x 57.12.03mm, which is only 1mm larger than the original iPhone in all dimensions. The OPhone’s headphone jack is located at the bottom of the device rather than the top. Also the very similar standby/power button is located on the left side on the top rather than the right as the iPhone.