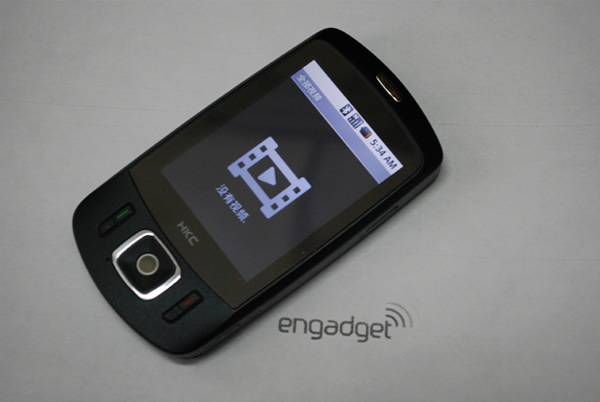 Every time we turn around China is getting another Android-powered handset. Which one is it this time you ask? The HKC Pearl is reportedly going to be running a dual boot of Windows Mobile 6 and you guessed it Android.

The HKC Pearl does not look very advanced, in fact is surprisingly resembles the Velocity 103. This handset has a 2.8-inch QVGA, 256MB of ROM and 128MB of RAM. The 2-megapixel camera is really nothing special and of course this device is Wi-Fi enabled, as if we would expect anything less. Engadget Chinese has managed to score some hand on pictures to pacify us for a while.

Obviously China is accepting the Android platform with open arms, but why in the world are the specs of every single phone lacking? What we need is a Nokia quality device with the Android operating system. If someone could port Android to the upcoming N97 I would be set for life.