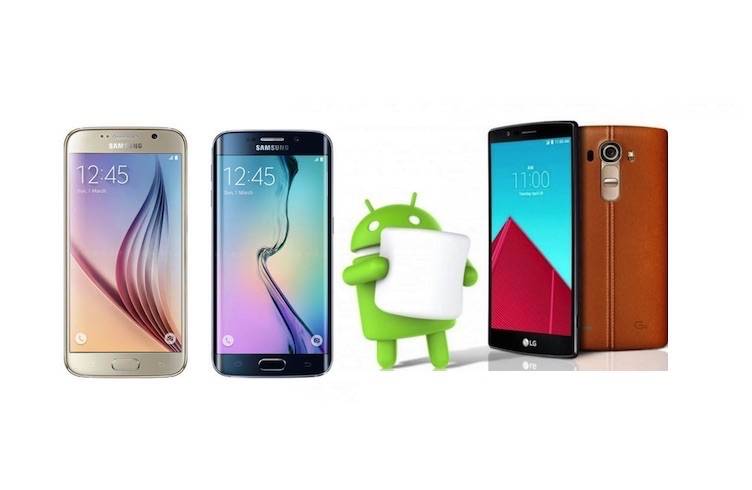 Android Marshmallow update for the LG G4 has been available for some variants including those from Rogers, Telus , and T-Mobile. We knew that the Marshmallow flashable image is ready for the G4 using the LG-Bridge but it’s only now that it’s officially rolling out for AT&T. While LG announced that the LG G4 would be the first to receive the Marshmallow update, it’s taking some time for other mobile carriers to roll out the new version.

Finally, the Android 6.0 version for the LG G4 from AT&T is ready, as well as, for the Samsung Galaxy S6 and S6 edge from T-Mobile.

As for last year’s flagship phones from Samsung, it’s only now that Marshmallow is rolling out. It may have taken the company a while but it’s still as promised. After the beta update testing program, the official release is ready, at least, from T-Mobile and only for those in Poland. That means global rollout is about to happen.

As with most Android 6.0 Marshmallow releases, your  Samsung Galaxy S6, S6 edge, or LG G4 will receive an over-the-air (OTA) notification that the new version is ready for download. Improvements on the AT&T LG G4 (H810) will include video calling, new app permissions, Doze Mode, better battery life, and enhanced notifications. Meanwhile, the Samsung Galaxy S6 and S6 edge will get the same control over app permissions, enhanced battery life, Doze Mode plus Android Pay, fingerprint support, and a redesigned app drawer.

You should be seeing the OTA on your phones right now for AT&T LG G4 and the T-Mobile Samsung Galaxy S6 and S6 edge (Poland only). If you’re too impatient to wait, you can always check manually: