Xiaomi has got a new gaming phone for the Android community. We’re not sure how many Poco F1 and Black Shark the company has sold the past year but it is ready with the next-gen Black Shark 2. The device was presented as early as October 2018 and only less than a year after the original Black Shark phone was introduced. The Chinese OEM must know how the consumers want a gaming device that will answer all their mobile gaming needs.

The Xiaomi Black Shark 2 is about to be done. Codenamed Skywalker, this phone is expected to be unveiled in the coming months–next month or April.

We’re not really expecting a Mobile World Congress (MWC 2019) unveiling but it would be perfect if the Black Shark team surprises us. The phone was recently sighted on Weibo, thanks to a recent post by product director Wang Teng Thomas.

The Black Shark executive said he had seen the new phone and shared some good news online. He described it as full of personality and is very cool. 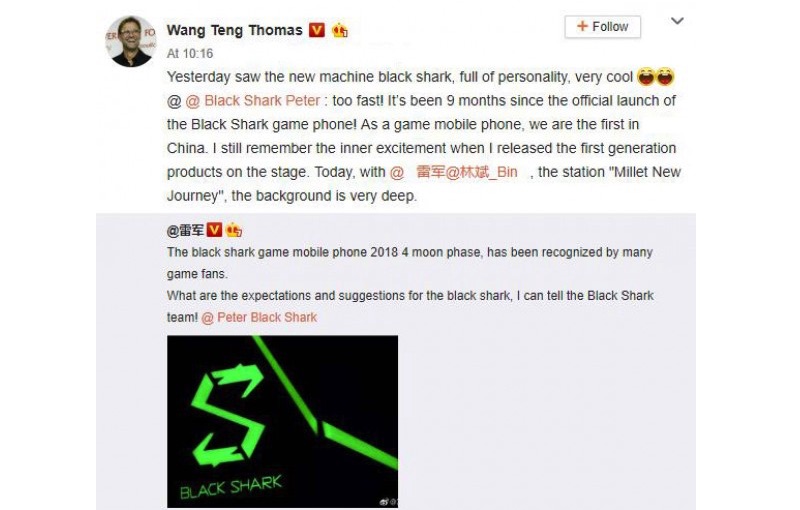