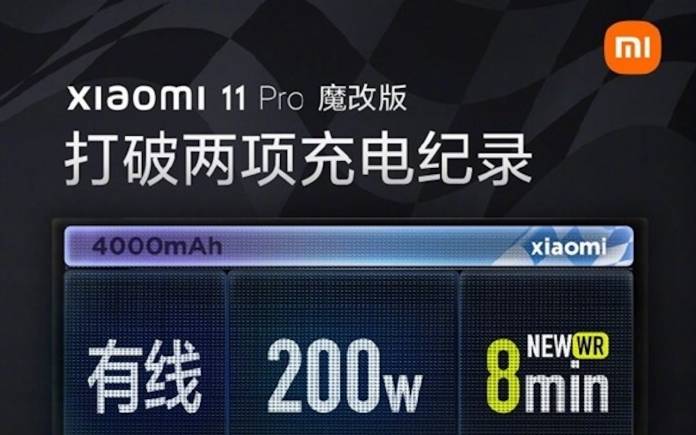 Xiaomi is now the number two mobile brand in the world. It trails behind after Samsung and has now overtaken Apple, at least, in Q2 2021. Maybe someday, Xiaomi can rule the mobile market especially since its numbers are already close to Samsung’s. We don’t doubt Xiaomi can make it to the top but not without major adjustments. It needs to prove that its premium flagship phones are durable and powerful enough. It’s next phone offering is the Xiaomi Mi 11 Ultra 5G which will be on limited release in India.

Xiaomi is also working on a foldable phone. It has actually introduced the Mi Mix Fold. New phones will be developed and introduced and each one of them will come with upgraded specs and features.

When it comes to charging technology, Xiaomi is expected to debut the 200W HyperCharge next year. We mentioned a Xiaomi phone with 200W wired fast charging tech was in the works. The tech was shown off together with a 120W Wireless Fast Charging tech. But then we noted the Xiaomi 200W charging solution can degrade battery faster.

From 120W fast charging to 200W HyperCharge, Xiaomi is really on a roll. It is one radical development that is shocking the rest of the world. The Xiaomi 11 Pro broke two fast-charging world records already. Next year, Xiaomi may very well beat new records.

The Xiaomi Mi 12 Ultra could feature this 200W tech. Everything is hypothetical at this moment but we believe it can be done. With the Xiaomi 200W wired fast charger, a battery can be full charged within eight minutes.

The charger is said to be in mass production by next year. It will be really fast but we know it will come with a cost. Battery degradation will also be faster.