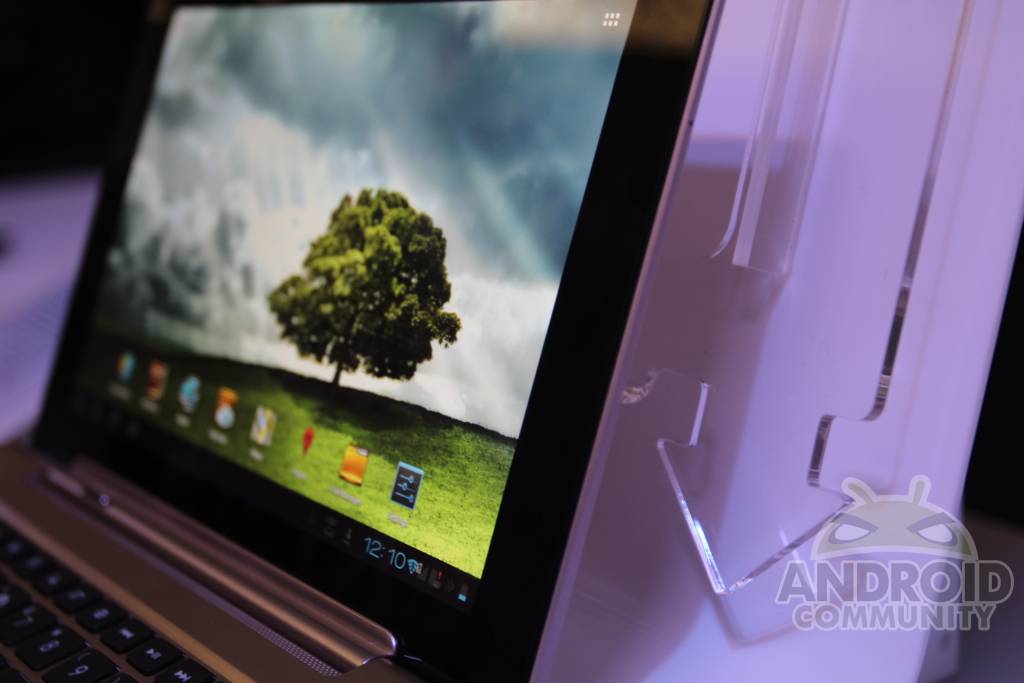 Tomorrow’s the day, tech newshounds: The Hyperbole Hyper Bowl, the Smug Showdown, the Reality Distortion Field Reboot. I speak, of course, about Apple’s iPad 3 announcement. While I wouldn’t expect our regular readers to take much notice of the pomp and circumstance, it’s an undeniable fact that Apple’s announcements make waves in the mobile world, and nowhere is that more true than in the tablet market. While Android kicks the glossy finish off of the iPhone in every market, the iPad still dominates the tablet industry.

This being the case, Android manufacturers and perhaps more importantly potential customers will be well aware of Apple’s shiny new toys, afterwards if not during the event. For better or worse, the iPad is the standard for tablets, at least for now. And while pretty much every single Android tablet sold at or above the $400 mark can make mincemeat of the iPad 2, that may not be the case for the iPad 3, iPad HD, iPad 2S, or iPad Episode III: Revenge of the Sith. If all the hundreds and hundreds of rumors are true, the hyperbole for the updated device may actually be justified – and even if it’s not, it’ll sell tens of millions of devices.

So here’s a breakdown of the rumored features of the new device, and how they compare to current high-end Android tablets. Since it looks like a cheaper iPad isn’t in the cards, we’re considering the iPad 3 a competitor to the likes of Samsung’s Galaxy Tabs, Asus’ Transformers and the like, not the Kindle Fires and Nook Tablets of the world. 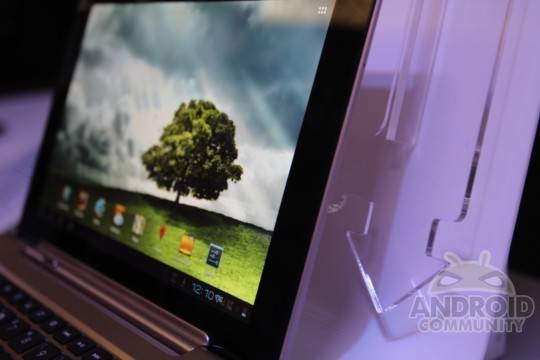 High-res screen – one of the most persistent rumors, and one that’s almost certainly true, is that the next iPad will come with a 2048×1536 “retina” screen. That’s nice – especially since Apple’s been using rather low-res screens for the last two years, that have been put to shame even by Android smartphones as of late. This one probably won’t affect much in the short term, since nearly all high-end Android tablets use at least a 720p display. Some, like the Transformer Pad Infinity 700 and upcoming models from Acer and Lenovo, will be reaching even higher to 1920×1200. But Android manufacturers usually feel the need to one-up Apple, so expect more 1920 screens in the fall or winter, along with possible 2560×1600 screens preserving Android’s de facto 16:10 tablet ratio standard. 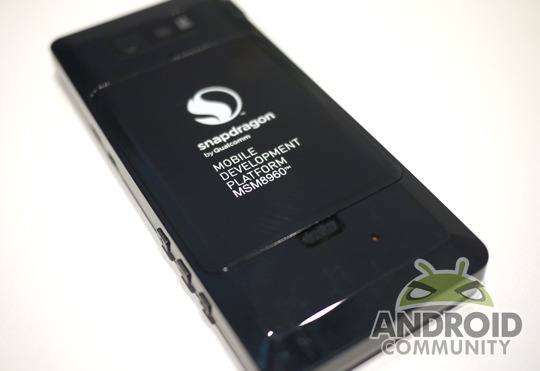 Improved processor – Android’s already got this one covered, with downright amazing performance coming out of the 4-plus-1 Tegra 3 chip from Nvidia and the S4 Snapdragon CPUs from Qualcomm. Even better stuff is on the horizon, like the quad-core Snapdragon “Krait” architecture due later this year and TI’s OMAP 5 platform. A more interesting comparison is graphics performance. Iv’e got to admit, on anything but Nvidia’s SoC’s, the iPad 2 already smokes most Android tablets and phones for 3D performance. This may be more of a problem for developers than manufacturers, but devs want to make awesome games just as much as we want to buy them. Unfortunately, this will probably continue to be the case for some time. 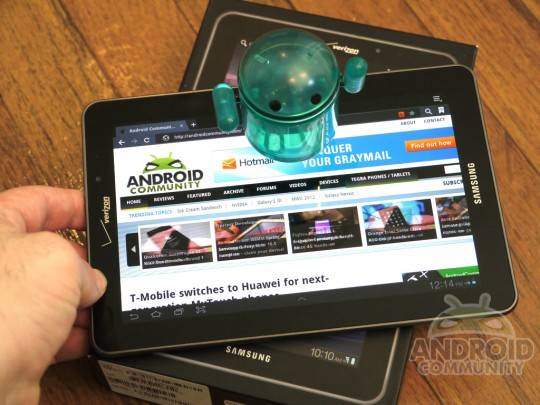 Higher price  – we like to see tablets undercut the iPad whenever possible, and a price bump for the entry iPad would make that a lot easier. While an Android fan wouldn’t hesitate to drop $500 on a Transformer Prime or Galaxy Tab 10.1, it’s a lot harder for a more typical consumer to make that call – the Reality distortion Field at work. Android manufacturers can already undercut Apple if they want, but all too often they don’t. We’re looking at you, Galaxy Tab 7.7. What Android really needs is Apple-style deals with carriers that don’t require a contract, just like iPad 2 has with AT&T and Verizon. People want mobile broadband connections on their tablets – what they don’t want is yet another two-year contract. 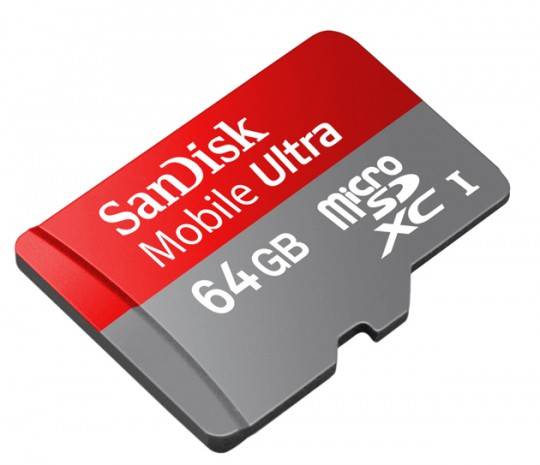 128GB capacity – Apple tends to deal a lot less in the cloud than Google, which makes a lot of sense considering the two company’s histories. An upgrade to the current 64GB iPad model would be impressive – but from an Android perspective, not overly utilitarian. I’ve never filled up my Galaxy Nexus’ 32GB capacity, and likely never will, thanks to Google Music. Apple has some great (strong-armed) deals with flash memory providers, which should ensure they get a pretty good deal on high-capacity chips. But it’s nothing you can’t replicate with a MicroSD card, for a lot less money. and the chances of the iPad 3 having external storage are basically nil. 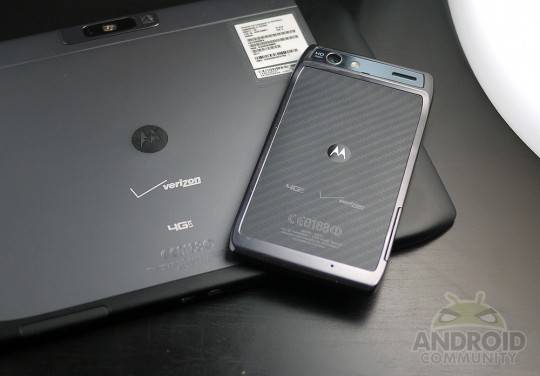 Regardless of what comes out of San Francisco tomorrow, Apple will continue to dominate the tablet market, at least for the short term. The typical sales bump means that’l probably continue into the summer. But android tablets are catching up fast, just as Android smartphones did a couple of years ago – 40% of new sales already. Expect Android to be even with the iPad in terms of new devices sold by Christmas. If Apple doesn’t sue the free market into oblivion first.

If for some reason you’re an Android fan for phone and an Apple fan for tablets… shame on you. Even so, check out our sister site SlashGear’s coverage. They’ll be live at the Apple event starting at 10:00 AM Pacific time.