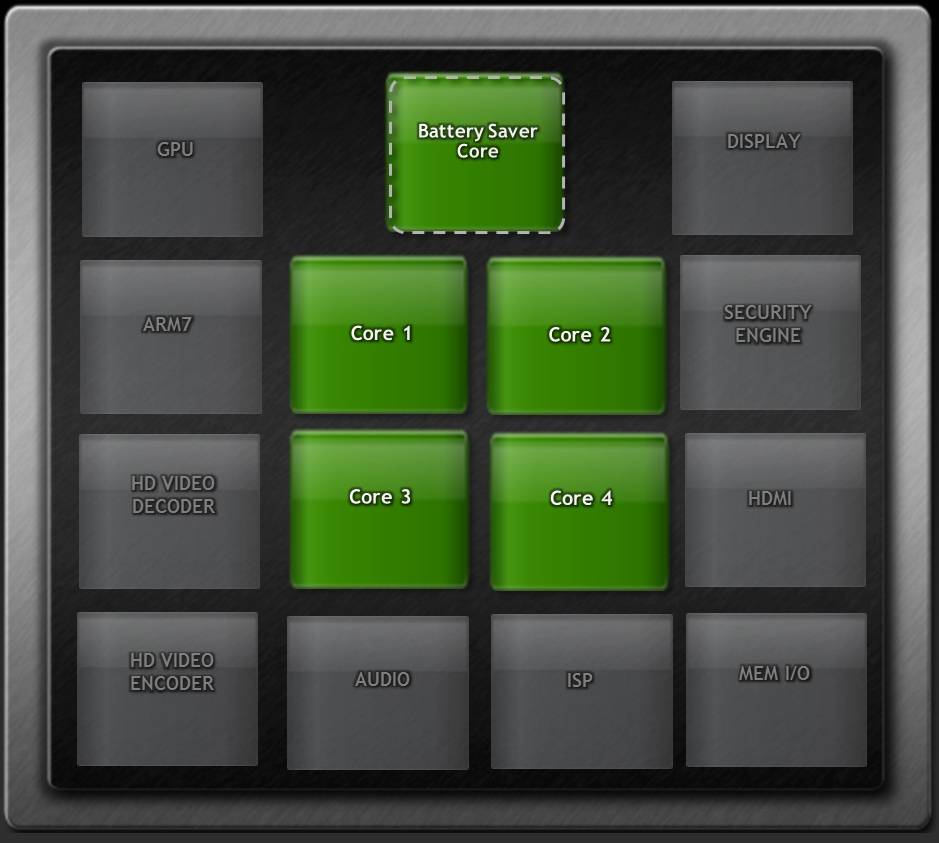 NVIDIA just released some new information this evening regarding the Tegra 3 quad-core mobile processor. As many of you probably know the Tegra 3 quad-core actually contains five processing cores under the hood — yes 5. In the past we’ve heard the term ninja core, companion core, and a few others but the new official term is 4-PLUS-1. What does this mean? Read on below.

When NVIDIA first officially released more details regarding the Tegra 3 platform they were actually calling this fifth processor the companion core as we mentioned above. What this essentially does is offload any minor tasks from the quad-core down to the companion core to save battery life. Things as simple as browsing the web or viewing photo’s will only need that single core. The Tegra 3 will know that and shut down the active four cores and rely completely on that fifth core. This is one of the biggest power and battery saving features of the NVIDIA Tegra 3. The actual technology is called vSMP that stands for variable SMP. This is where the system will only give power and use as many processors as needed. Whether it is all four or just one. This video explains things in more details.

Basically this is just an easier way for NVIDIA and manufacturers to explain what is under the hood other than just saying quad-core processor. The product will still be known as the NVIDIA Tegra 3 quad-core processor but the architecture under the hood’s new stage name is 4-PLUS-1. If you didn’t know the Tegra 3 actually had five cores and 12 GPU’s read some of the announcement links below for more details. Hit the via below to hear what NVIDIA has to say regarding the 4-PLUS-1 architecture.