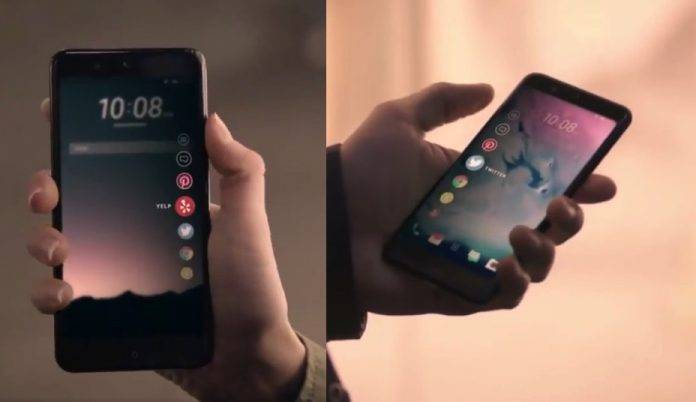 We’re counting the days until the new HTC U11 aka HTC U Ocean is unveiled. May 16 is D-Day and we’re expecting more information will be leaked before the grand launch. We saw the HTC CBP yesterday on Geekbench and the HTC U ad that teased with dozens of squeezing actions. Earlier too, we saw the HTC U11 being shown off with squeezable edges. The phone may not have a headphone jack but we’re confident about the squeezable edges.

The new HTC flagship phone is already delayed but we’re hoping the waiting period has made the upcoming phone more ready for competition. This phone is said to run the latest Qualcomm Snapdragon 835 processor so we’re expecting the other specs will be also be high-end. 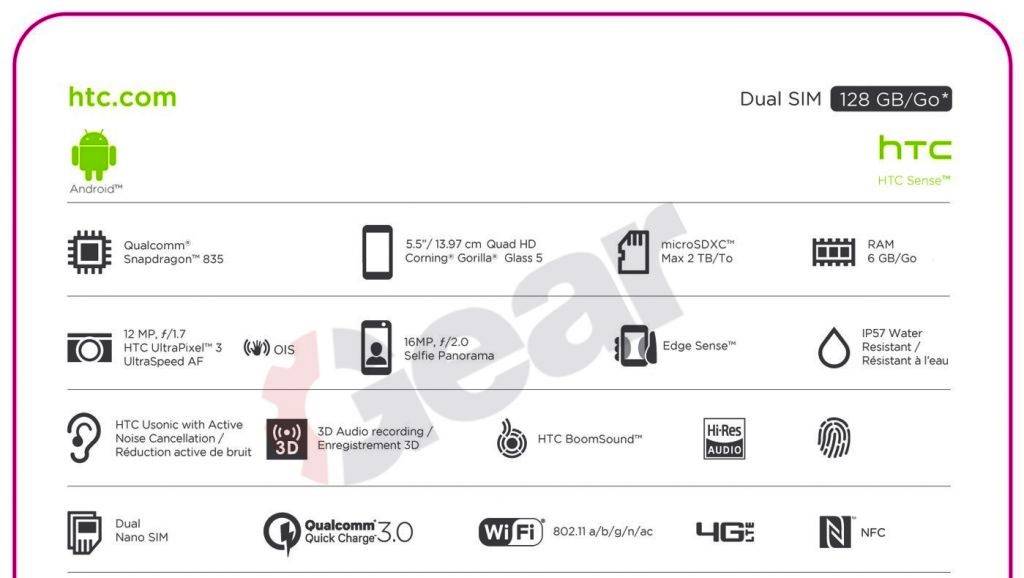 The HTC device will feature the brand’s very own HTC BoomSond, Hi-Res Audio, 3D Audio Recording, and HTC Usonic (Active Noise Cancellation). The HTC U11 is IP57-certified water-resistant already. It should be because we’ve been calling it the HTC U Ocean. We’re not really convinced these are the official specs because we don’t really know the source. It’s a bit sketchy and you know, anyone can make a list and render an image. Let’s wait and see.