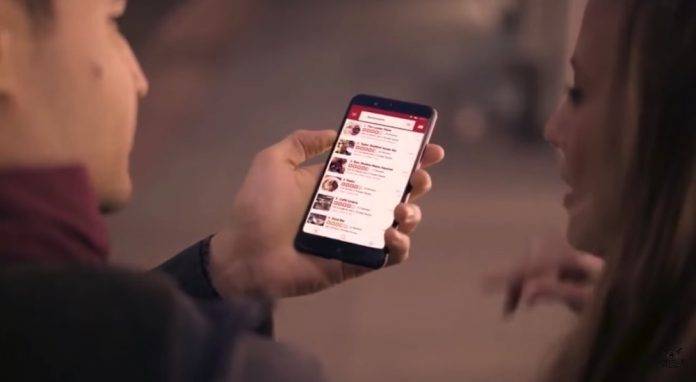 The HTC U Ocean could be the one featured in a recent video that popped up on YouTube. Watching this video finally gave us an idea what the new U phone’s highlight would be: the Squeeze feature. YouTuber TechTera shared a video of what is said to be the ‘HTC U11’. It shows a couple holding hands, squeezing each other’s hands, and then passing what appears to be a restaurant. They check the guy’s HTC phone and with a simple squeeze, the apps on the left side menu launches. Yelp app is then opened so they could read the ratings.

You may not notice it but there’s some squeezing action there but it becomes obvious once the lady does it to launch a menu on the right side and then the camera for a selfie. The video ends with them not eating at the restaurant and just walking away, still holding hands. We can’t see the review on Yelp but it must be not up to their standards. This is one cheesy commercial and we can say HTC isn’t really good in keeping things under wraps.

This HTC U11 is expected to show what the “Squeeze for the brilliant” tagline means and we’ve already seen what it’s all about. Well, maybe not all, but we get the idea–squeeze the sides of the phones to launch some actions. We’re assuming we’ll see no more physical buttons but probably some new sensor on the sides for certain functions.

We’ll call it squeezable side edges for now because that’s what they are–squeezable. Not much details have been shared but we’ll definitely know on May 16.