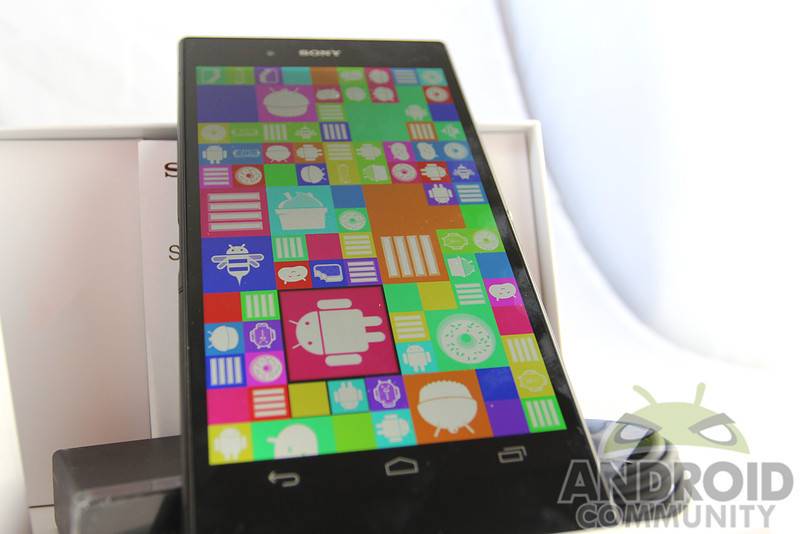 Google quietly added a few new devices to the Play Store lineup yesterday. We saw the Nexus 7 arrive in white as well as the addition of two new Google Play edition (GPe) devices. These two included a tablet and phablet — the LG G Pad 8.3 and the Sony Z Ultra. We have already shared some first impressions of the G Pad, so next up is the Sony Z Ultra which sports a massive display.

Sony has the Z Ultra living up to the ultra in the name. The device is nearly tablet sized and to keep with how big this is, it almost makes the HTC One max seem to be on the small side. That being said, the Z Ultra has a 6.4-inch display with a ppi of 342 and a resolution of 1920 x 1080. The handset is then powered by a quad-core 2.2GHz Qualcomm MSM8974 processor with 2GB of RAM. 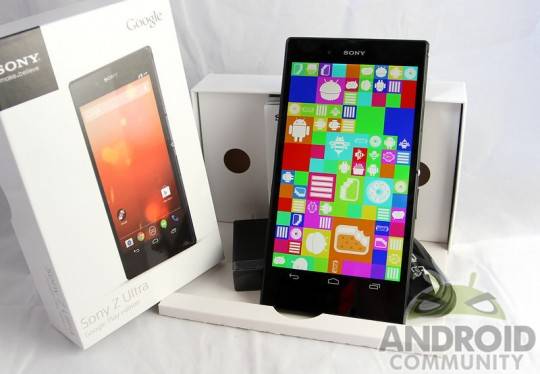 Those considering a purchase would also find 16GB of internal storage, a microSD card slot, 3000 mAh battery, 2 megapixel front-facing camera and 8 megapixel rear-facing camera with Exmor RS. As one would expect given the size, the phone is not light — this one weighs in at 212 grams.

Otherwise, there is also Wifi 802.11 a/b/g/n/ac, Bluetooth, NFC and GPS. The design is clean and also waterproof and dustproof. With that in mind, you will note the flap over the USB port. There are a few up close shots of the handset sitting in the gallery below.

The Sony Z Ultra is not the cheapest handset around. This one is priced at $650, but one of the perks that you get is a clean Android installation. In this case we are looking at Android 4.4 Kit Kat. And to clarify, a stock Kit Kat installation. We grabbed a screenshot of the app drawer and as you can see — this is just the essentials. 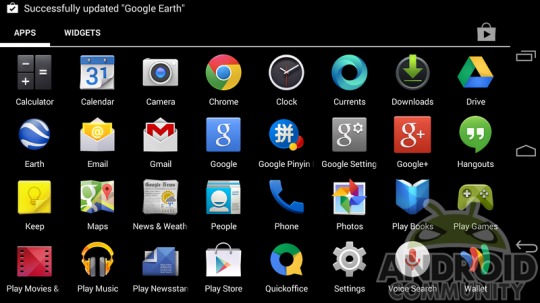 Or in other words, this handset should be good for those who are fans of Sony hardware, but not fans of all the add-ons and customizations they offer on their devices. The other perk with GPe devices are the updates. While we haven’t seen them updated quite as fast as Nexus devices in the past, they are certainly faster than carrier branded models. 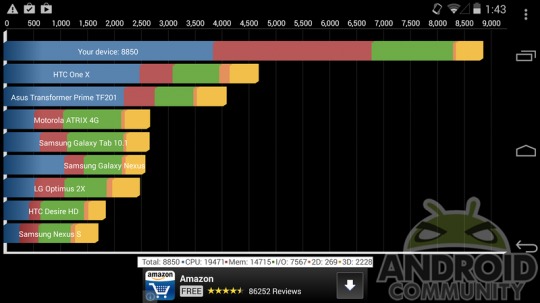 While we do plan on putting the Sony Z Ultra through some further testing, we did grab a quick set of benchmarks using Quadrant. In this case the handset clocked in with a score of 8850. Anyway, make sure to hit up the LG G Pad 8.3 GPe first-impressions post and keep an eye out for a full review of both devices in the not to distant future.