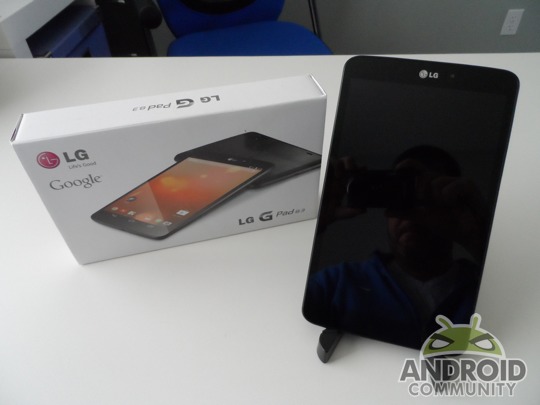 In what was a bit of a surprise yesterday, Google rolled out a few new GPE devices. One of those, the Google Play Edition of the LG G Pad, seems to be Android’s answer to the iPad mini. Roughly the same size as its iOS counterpart, it disrupts the status quo for Nexus tablet sizing. It’s also the first official GPE tablet, paving the way for more like it, we hope.

The LG G Pad GPE (we are having a lot of fun with that name, for some reason) sports an 8.3-inch full HD display at 1920 x 1200, bringing us a pip of 273. It has a Snapdragon 600 quad-core processor clocking in at 1.7GHz, 2GB RAM, and 16GB memory. We see a 5/1.3MP camera ensemble (rear and front, respectively), and dual speakers around the back. There is, happily, a MicroSD card slot on top near the audio jack, with the power button and volume rocker on the top right when viewing in portrait mode proper. Also, a massive 4,600 mAh battery should keep us going for days on end.

Like any other GPE device, this one is pretty stock. With it, we lose LG’s Q Pair (or Q anything, for that matter), which is LG’s proprietary way of bridging the device gaps when using multiple offerings. We also lose LG’s Android skin, which is — like any OEM skin — a “love it or hate it” proposition. What you lose is not nearly as impressive as what you gain, which is choice. 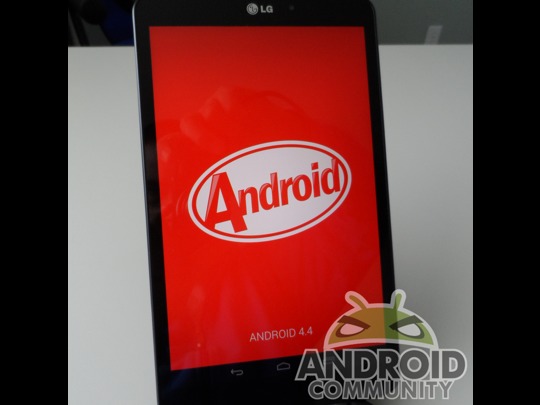 For bone stock Android fans (of which I am one), this is a welcome addition to the family. At 8.3-inches, it gives users the middle ground between the Nexus 7 and Nexus 10 many had longed for. The Nexus 7 is a bit too small for some, while the Nexus 10 remains cumbersome. Though we still caution that this is not a Nexus tablet, but is a GPE device, the G Pad GPE offers little interruption for the stock Android faithful.

We’ll be getting our hands dirty with this one soon, but for now, we’re impressed. The (mostly) aluminum back feels solid, and the device is endlessly light for one of its size. A little thinner than the Nexus 7, it feels just as solid, but a little hollow. Not to say it’s compromised in any way, it is just surprisingly light for a tablet at this size.