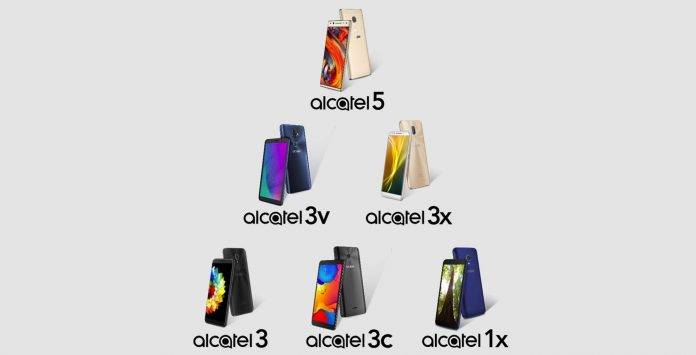 The year isn’t over yet but expect Alcatel to introduce more smartphones. It will be the same next year according to a recent leak by Evan Blass. One of the top leakters in the mobile industry shared a photo of what is said to be the brand’s 2018 phone lineup. He noted the models are equivalent to Idol so we’re guessing Alcatel will be doing some renaming soon.

The six mobile devices on the image are the top-tier phones. These are premium smartphones with premium specs and features although we have no idea about them yet. The Alcatel 5 appears to be the top flagship followed by the Alcatel 3V and Alcatel 3X. There are also other Alcatel 3 variants—the Alcatel 3 and Alcatel 3C plus the Alcatel 1X.

If we are to check the older models, the Alcatel phones could be from the IDOL 5 and IDOL 3 series. Not much information has been given yet but the image shows how the six smartphones will look like—very similar to the previous Alcatel phones.

We still have over two months before year 2017 is done but expect a few more phone models to be revealed. Alcatel launched the IDOL 5, Alcatel A30 Fierce, Alcatel U5 HD, and the Alcatel A3 XL phablet already but we’re assuming new ones will launch in time for the holiday season.